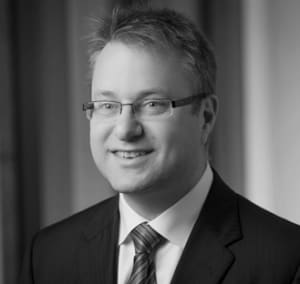 It seems comparative advertising is as popular as ever. Many advertisers seek to win market share by favourably comparing their products, particularly on price, with the products of their competition.

The discount supermarket chain, ALDI Australia, is one company that aggressively pursues a comparative advertising strategy. It compares the price of well-known branded products with less expensive products offered at ALDI supermarkets under the banner: ALDI. Like Brands. Only Cheaper. This form of ALDI advertising appears in both TVCs and print and generally reproduces the logos and packaging of both products being compared. One of the more memorable examples is a TVC featuring a bear in the woods who (with a play on an old saying) compares Quilton branded toilet tissues with a less expensive brand offered by ALDI.

We have previously highlighted some of the common traps with comparative advertising: see here. Most of those traps arise from the laws prohibiting misleading or deceptive conduct in Australia. For example, in the ALDI advertisements referred to above, consumers would reasonably expect that the products being compared on price are at least comparable in terms of their other qualities. If they were not (for instance, the ALDI toilet tissues being compared with the Quilton branded product were clearly inferior), we consider that the relevant advertisements may be misleading or deceptive.

For example, if an advertiser decides to undertake a side by side comparison of its products with those of a competitor, it should carefully consider the risks of reproducing the logos and packaging of that competitor in any advertising.

Why is the copyright risk not well known?

There are some provisions in Australian legislation which may be leading to a false sense of security amongst comparative advertisers.

Under the Australian Trade Marks Act, a registered trade mark will not be infringed if the trade mark is used for the purposes of comparative advertising, but this exception only relates to trade mark infringement, not copyright infringement. Accordingly, comparative advertising can refer in plain script (without artistic works) to the competitor's products, but can't reproduce packaging designs and logos in which copyright subsists without approval from the copyright owner(s).

Under the Australian Copyright Act, copyright in an artistic work (such as packaging designs and logos) will not be infringed by including that work in a film or television broadcast if that use is "only incidental to the principal matters represented in the film or broadcast". This logically permits films and television broadcasts to include background images (for example, advertising signs, street art etc.) which happen to appear in films and broadcasts. The deliberate selection and depiction of artistic works in comparative advertising, in our view, is not incidental to the principal matters being represented, and would not fall within the exception.

In addition, even if the use is "incidental", the exception only apples to films and television broadcasts. There is no equivalent exception for the reproduction of artistic works in print or online still images.

What about fair dealing?

Unlike other jurisdictions (particularly, the USA), there is currently no broad defence under the Australian Copyright Act for making "fair use" of copyright works - whether in comparative advertising or otherwise. Instead, Australian legislation only provides specific "fair dealing" defences to copyright infringement, such as fair dealing for research or study, for criticism or review, for parody or satire, or for reporting news.

In our view, none of these "fair dealing" exceptions permit profit-making advertisers to include copyright works owned by third party competitors in comparative advertising without the approval of the copyright owner(s).

That is because these artistic works are not being included in comparative advertising to criticise and review the works themselves, and a sufficient acknowledgment of the work itself (as required to make out the defence) is not made. Instead, they are merely being included to provide a clearer comparison of two competing products and to advance the competitor's commercial interests. We therefore consider it very unlikely that a business engaging in comparative advertising in this way could rely on the "criticise and review" defence, as it presently stands.

The lesson for advertisers

If you are an advertiser which wishes to reproduce artistic works (such as packaging designs) of your competitors in the context of comparative advertising, you should exercise caution before doing so. If in doubt, seek specific advice.

On the other hand, if you are an aggrieved business whose artistic works have been reproduced in comparative advertising, you may want to consider your options under the Copyright Act. While those options would not prevent comparative advertising of itself (for example, the advertiser would still be permitted to use your registered trade marks in plain script), it may significantly undermine the effectiveness of any competitor's comparative campaign if your packaging designs and logos can't be reproduced.