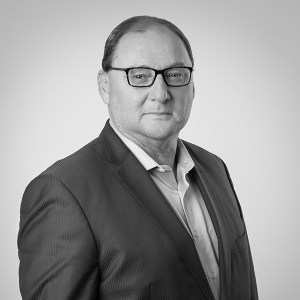 Ooh!Media has officially completed its acquisition of out of home (OOH) furniture business Adshel, with both businesses now operating under a single entity.

AdNews understands that the deal was signed off on Friday, with the Adshel business officially becoming part of Ooh on Monday 1 October.

Speaking to AdNews, Ooh!Media CEO Brendon Cook says the final sign off on the deal will now allow both businesses to focus on the broader transition of the Adshel brand.

He says while it will be business as usual for the next three months, the company will be focused on using that time to effectively restructure the business across sales and leadership.

"Obviously our structure has positively changed and has now come with further responsibilities and roles, both at the senior level and mid-exec level down as well," Cook says.

"We will still run separate sales teams for some time, as we work together to figure out the best way to integrated offices, leadership and people."

Cook says the business was not expecting any major waves of redundancies under the new business structure, with both companies having a lot of open roles.

He adds that he has no intention of "stepping back" from his role as CEO but acknowledged that the increased level of responsibility will require further support at an executive level.

"We are expecting that a lot of natural attrition over time will look after most roles within the business where we see expect changes to team structures," Cook says.

"The reality is we don't want to lose good people, we have great people in both businesses and this isn't an acquisition about only costs out, this is more about growing revenue for the OOH industry."

Once the transition is complete, Ooh's next target is growing its revenue share from 6% to 10% as the business approached a $1.5 billion market valuation.

When questioned as to whether the Ooh and Adshel deal's earlier completion would provide the new entity with an advantage over the pending JCDecaux and APN Outdoor merger, Cook says it was unlikely, as both businesses would be focused on growing their revenue in different categories.

"These transitions always take a little longer than what people expect as well, so I don't think there will be any real advantage over them.

"It will just be both businesses focused on what to do next and getting it done as smoothly as possible."

Consumer watchdog the Australia Competition and Consumer Affairs Commission approved both of the major acquisition deals in the out of home sector in August this year.

Both JCDecaux and Ooh!Media were given the go-ahead to complete their acquisitions of APN Outdoor and Adshel respectively, with JCDecaux still awaiting approval due to international implications.

Ooh!Media won the war to acquire Adshel in June, after submitting the winning bid of $570m in June.

In August, WPP AUNZ also opted out of Ooh by selling its 5.5% stake in the Australian out of home advertising agency to Goldman Sachs, for $66.5 million.