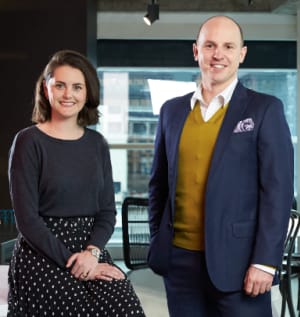 On a long flight recently I found myself re-watching the Mad Men pilot. While the fashion, misogyny and day-time drinking has (largely) evolved for the better, the approach to creative and media development remains frighteningly similar.

Research reveals a customer need. A single and pointed creative solution answers this need and then media buys a demographic at the cheapest rate available. All parties reacquaint six weeks later and argue over whose fault it was that it didn’t work.

The static nature and application of data in this example – the research, the creative execution, the media buy - is both the cause of the issue, and the reason so many are struggling to break this traditional, linear path of development.

So it’s data’s fault, right? We all talk about data, but at the end of the day, what is it we’re actually talking about? It’s not what, but who.

Data, simply put, is the customer. Every day our customers (and the people we want to win as customers) are leaving leagues of information about themselves out in the open waiting for us to capture, decipher and exploit.

When framed so transparently, doesn’t it seems ludicrous that an entire body of work and millions of dollars could be invested from using anything but a complete understanding of the person we’re wanting to influence?

So, what’s stopping us from better understanding the customer? And equally importantly, developing personal and relevant messages that acknowledge the needs of the individual, the channel it is consumed in, and the position in that individual’s journey.

The data is there waiting to be collected and used. The technology is available to orchestrate single experiences across owned and bought channels. Modern publishers like Google, Facebook, and technology vendors Adobe and Oracle are falling over themselves to help us.

With all this support, it seems we only have ourselves to blame.

To organise around the customer requires a fundamental reinvention of our industry as we know it - new models, new cultures, new structures, new skills, new process, and of course, an output that looks very different to what it does today.

For the customer, there is no difference between owned and bought media, only what the brand does and when it does it. As such, there can only be one party who owns the customer data and defines the journey, not three. Creative, technology and channel must all be treated in equal synchronicity. As separate functions, owned by separate agencies, the customer can never be treated as one. This is the fundamental reason why creative, technology and media will one day soon be under the one roof, managed by a single person, not three.

In an effort to overcome the intra-agency conflict of who owns the customer, we’re beginning to witness the re-consolidation of our industry. It started 24 months ago when a number of full service startups attacked the established set, making impressive inroads winning business and industry accolades. In response, the last six months has seen a fever of acquisitions where any independent customer experience, technology or media agency with a PO Box has been acquired.

But how these acquisitions are being managed is similar to how the industry dealt with digital agency purchases over the last 15 years – as bolt ons; or worst, left on their own to expand the perceived capability set of the wider agency brand. They’re not being integrated. They’re not helping lead an internal revolution to do smarter work that in every way addresses the individuality of the people we are trying to influence. This requires a stronger will to break down the conventions of the past and vulnerably walk down a more analytically driven path. In many cases, it requires a complete leadership overhaul – something occurring with increasing frequency in the North American market but yet to occur at scale in Australia. And so while these early moves demonstrate a strong desire for change, it’s clear the re-tooling of the agency landscape into fully integrated, discipline-agnostic shops will likely take the best part of the next five to 10 years to realise its full potential.

Focus on what really matters. While the industry competes to claim the integration of previously foreign capabilities with the announcements of new hires and acquisitions, the smart businesses will be quietly focusing on building their data capability. Building new data partnerships, growing their analytical team, investing in orchestration capability, and re-training their clients and workforce to deeply understand the customer and develop programs of work to suit.

Genuine capability is not achieved in a single hire or headline grabbing acquisition. So the next time an agency tells you they have media and creative in-house, are channel-neutral or have a technology stack that serves creative in real time; ask them how many analysts they have, who their data partners are and the phone number of their account manager at Adobe. If they can’t answer these three questions satisfactorily, they are pretending.