By Storyation co-founder Lauren Quaintance | 29 May 2018 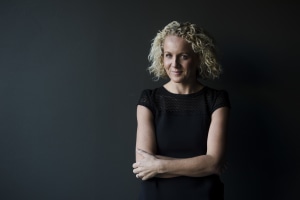 If you read AdNews, which you clearly do, you’ll know that we’ve seen a raft of new content shops launch in Australia in the past year. News Corp has recently waded in with the launch of Sudden.ly and half a dozen other agencies have launched content divisions.

Content is clearly the new black with every kind of agency keen to get a share of the estimated of the 23% of marketing budgets in Australia (and growing) spent on content creation and amplification according to an annual survey underwritten by ADMA.

In the four and a half years since we launched Storyation, we’ve seen a growing number of agencies move into this space but, more importantly, an exponential increase in the amount of content being created by brands. At the same time (and here’s the bad news for the newcomers) it’s harder than ever to get attention for the content you produce.

A massive study by Trackmaven in 2016 analysed more than 50 million pieces of content pushed out by 23,000 brands over six different channels. It showed that while the amount of content created increased by one third engagement dropped by 17% in the same period.

And a recent analysis of 100 million social posts by Buzzsumo shows the number of articles being shared is half of what it was in 2015. The king of viral content BuzzFeed has seen a 60% drop in social shares in three years. That’s not just because Mark Zuckerberg has been tinkering with Facebook’s algorithm, but also because there is a limit to how much content audiences can actually consume. The more content there is the less audiences engage.

The one slither of hope for content marketers? While all this has been happening there has been a flight to quality. In the same three years that Buzzfeed’s listicles lost their social potency, the average shares of content produced by the New York Times tripled.

All of which is a salutary reminder that while more and more brands and agencies might be churning out content only the very best will rise to the top. As the commentator Mark Schafer has said exceptional content is now the “price of admission to get into the game”.