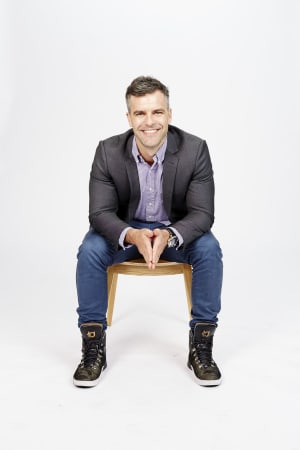 Day three was a slower pace than the first two days of the conference, still amazing speakers and sessions however less conflicts and more time to explore the exhibitors and installations set up around Austin, of which I am of course delighted to share with you.

The first session I went to today was a Q&A panel with two of my favourite organisations, Zappos and Medium, to be clear they are very different but modern companies running the same organisational structure called a Holacracy. Wikipedia describes a Holacracy as “a social technology or system of organisational governance in which authority and decision-making are distributed throughout a holacracy of self-organising teams rather than being vested in a management hierarchy.”

In my opinion the speakers, John Bunch of Zappos and John Stirman of Medium (in a Holacracy there are no titles) didn’t really sell the structure, it sounded complicated and that it causes a large degree of angst amongst employees. Good on them for being honest.

Anyone who works with me they knows that a topic close to my heart is the role and evolution of Customer Experience, known as CX or User Experience (UX) depending on where you work. I have been lucky in my career to work with some brilliant CX professionals and over the last 12 months have formed a view that CX is incredibly valuable as a visual expression of strategy and a idea ecosystem, usually consisting of consumer touch points, journey and the ultimate destination at which we drive the user.

In Australia I feel that we have traditionally focused on a functional and interaction based UX and less so on what the discipline can offer us from a conceptual and ecosystem mapping perspective. I believe the discipline has a much broader and increasingly integral role to play within our industry. So you can imagine my interest in attending a session titled ‘UX Doesn’t Happen on a Screen it’s in the Mind’, I learnt a great deal from this seminar, importantly a very practical methodology to apply to projects requiring UX that places the user at the centre of the experience and does not allow us to forget or bypass them, sounds simple I know, however due to project realities and business commitments is not always easy.

The past three years there has been a lot of talk about Virtual Reality (VR) and Augmented Reality (AR), this year I feel is the year there is a proliferation of working prototypes proving the technology is truly here and consumer ready. And after a hour wait in line (the lines at SXSW are brutal) at the Samsung Studio I trialed the Samsung Gear Virtual Reality Headset and experience. A Six Flags roller coaster experience, I can honestly say I felt exactly the same after the experience as after being on a real roller coaster, nauseous! But in all seriousness, a very impressive installation, believe the hype, VR is here.

And then finally it was time for one of the toughest choices for me so far at SXSW 2016, do I see Ronda Rousey (world famous UFC fighter) or Anthony Bourdain (celebrity chef, cynic, traveler)?  After days of deliberation I chose Bourdain, he is a backer of a startup business and culture and, I think, a very interesting personality. He didn’t disappoint, I won’t quote Bourdain (as his talk was expletive laden) he is a passionate advocate for creativity, storytelling and doing things differently every time. I find his sentiment towards creating creative content inspiring, in digital we can often be very process driven and always striving for economies of scale and efficiency, for the most part this is best practice, however Bourdain is a wonderful reminder that we should not let this hinder our creativity.

See here for Kidney's day one blog: Winning at SXSW and the moments that matter