Brand safety a constant effort, get used to it 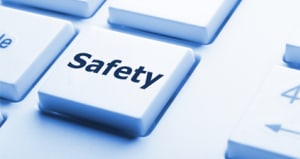 The issue of brand safety has reared its ugly head more than a few times.

In 2015, Toyota and other advertisers backed off of YouTube after their ads were found running against ISIS recruitment videos; 2017 saw hundreds of companies pulled off the platform after their ads were found running alongside hate speech and extreme ideological content and the same thing happened in 2018, when 300 advertisers including Nike and Amazon “paused” their spending.

In February this year major Australian brands such as Coles, CommBank and Coca-Cola stopped advertising on YouTube following revelations of a “soft-core paedophilia ring” on the platform and that same month, in the US, a vlogger exposed sexualised comments about children running under YouTube videos which saw brands including AT&T, Nestle, Disney, and Epic Games pull their ads from the platform, demanding better brand safety.

While 2019 has had its fair share of brand safety dramas, it’s nothing new and the frequent ‘ban’, which is often more of a ‘pause’, is now a predictable start to a familiar if unconvincing dance.

We know that when brand safety scandals pop up, well-oiled teams increasingly know how to hit the brakes which is great, but while basic safety measures in place is a positive, attention must turn to staying ahead of the curve and thinking beyond the basics.

In regards to these boycott-style patterns of behaviour, these too need to be looked at far closer to ensure it’s not simply a rinse and repeat action, without ripping out the root fundamental cause of the situation in the first place.

Don’t throw the baby out with the bathwater

That’s not to say brands and agencies haven't made great progress in executing safer digital media buys, but some actions, such as throwing out investment from news sites, is not the answer.

What we have found, after speaking to clients and marketers alike, is that the day-to-day navigation of suitability standards can end up excluding super-engaged audiences from ad buys. Whitelisting and direct deals with premium publishers afford safety, but niche content creators don’t necessarily need to be demonetised.

Consider YouTube’s treatment of LGBT videos as an example, many of which were tagged NAF — Not Advertiser Friendly — and demonetised throughout 2017 and 2018. The trouble with too firm of an action or with blacklists and whitelists, is that brands can exclude too much user generated content, niche blogs or sensitive keywords.

This can then end up forcing their buyers between guardrails too narrow to reach the right audience.
This year, youth-focused website Vice removed several words including ‘queer’, ‘fat’, ‘Muslim’, ‘feminist’ and ‘transgender’ from its blocklists in an effort to get brands to rethink their suitability guardrails. Blocking ads from articles with those keywords effectively demonetises that coverage, making it harder to create journalism that supports those communities.

Essentially, blacklists and whitelists are basic standards only and leave no room for nuance. You’re in or your out. You’re with us or you’re against us. Yes, unverified ad buys can land your brand in an unsuitable environment, but brand safety shouldn’t be a rush of panic to thump down hard-hitting blanket barriers, as within such barriers are hidden dangers and unfair demonetisation of quality content.

Marketers have been in a defensive crouch for so long, they can’t be blamed for holding tight to tools that keep the bad content at bay, but going into the 2020 news cycle, brands have to be mindful about how their quest for suitability limits not just campaign reach, but the entire publisher ecosystem. Forward-thinking executives can see that there is another course.

This new afformative approach is poised to move brands forward from safety to suitability and, eventually, fitness.