Are all social media platforms becoming the same? 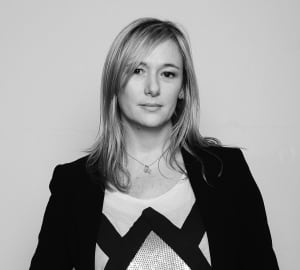 Yesterday Instagram announced a new feature, the unoriginally-named ‘Instagram Stories’. It operates as you'd expect - it collects a series of photos and videos that you post throughout the day, compiles them into a "story," and makes them disappear after 24 hours. Instagram have also taken their filters one step further, by allowing you to edit content with stickers and drawings, which goes against their hitherto premium content strategy. Sound familiar?

It follows on from Mark Zuckerberg’s bold pronouncement of last week that Facebook would be developing its search functionality, putting their tanks very firmly on Google’s lawn. A smart move, given Google’s huge revenues, which stem predominantly from Search.

Then there’s Twitter, which has announced it is adding more live sport to the platform, with the signing of Major League Baseball, the National Hockey League, and a deal with Sky Sports to broadcast Premier League goals in the UK and Ireland. Across all platforms – Facebook, YouTube, Snapchat, Instagram and Twitter - a video arms race is taking place. This is because video drives strong engagement on platforms, but also because TV has historically been the cash-cow of the media market and the social platforms are #winning at getting a healthy piece of that pie.

Platforms used to be distinctive, and had a very clear role in consumers’ lives. Facebook showed updates from your friends and family, Twitter was news at the speed of culture, Instagram was a portrait of the life you wish you had, and Snapchat was for salacious behaviour that left no digital footprint.

But it seems that where the platforms once innovated - anticipating consumers’ needs and desires - they’re now moving faster than a Gen Y after a Pikachu to simply copy the latest competitor innovation, in order to capitalise on new revenue opportunities.

I wonder if this is a function of a mature market, where the platforms are now having to steal share from each other, rather than driving real category growth… or perhaps a case of too many devs, not enough new ideas?

It’s long been the case that the platforms add new features faster than consumers can assimilate them: many don’t catch on, and get parked. Perhaps this is just the ‘always in beta’ nature of tech businesses.

Whatever the case, it seems a shame that the platforms are now busy eating each other’s lunch. Let’s hope it’s not the onset of a homogenous social media landscape. More has happened in media in the past 10 years than the past 100, and it’s made for a very exciting ride. Long may it last.

By We Are Social MD, Suzie Shaw