AR vs VR – Why augmented reality is winning the race 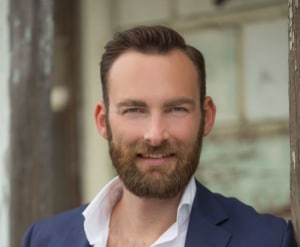 Let’s go back to Wednesday last week. It was a world in which Pokémon Go didn’t exist yet. Still, even before people were running in front of moving traffic while glued to their smartphones in search of creatures with names like Krabby, AR had reached the masses.

With all the talk usually about VR and companies like Samsung and Facebook investing so heavily in the technology it’s often been thought that AR, with it’s failed starts over the past years had taken a back seat. But my guess is most of you reading this have used AR not VR multiple times in the past 24 hours, regardless of whether you’ve been roaming the streets on your own personal Pokémon quest or not.

Social media platform of the moment, Snapchat, uses AR not VR to enhance its offering to its users. The most loved and shared feature is its ‘lenses’, which are purely augmented reality. Snapchat uses your phone’s camera to map your face and apply a range of quirky lenses that are augmenting the reality of your mug so your shameless selfies become more of a sharable and enjoyable thing for your followers to see.

Recently we saw the Liberal Party in Australia jump into the AR game with a sponsored lens on Snapchat and we’ve seen brands like McDonald’s, Starbucks and 20th Century Fox paying Snapchat to help them create branded lenses which, according to Snapchat, receive millions of views and shares when they’re live in the app.

So why is VR the talk of the town?

VR is enjoying a massive hype cycle fuelled by the likes of Facebook and Samsung investing heavily into the space. Facebook have been extremely bullish with their purchase of VR headset maker Oculus Rift for US$2 billion and Samsung’s future seems pinned to the success of their VR headsets.

The battle is so fierce because if they get this right, they’ll be mimicking the smashing success of Apple with the iPhone. The iPhone was a game-changing bit of hardware that sent the company into the stratosphere and largely shaped the global smartphone market for what it is today. The payoff to be right with VR is too big not to gamble on.

The trouble with VR

What happened to that Nintendo Wii you bought or the 3D TV that you were eyeing off? They enjoyed similar hype cycles to what we are seeing with VR today. Big brands rushed in to the new tech and at times consumers bought their money along but they didn’t stick and they aren’t relevant today. The Wii was a good laugh for a little bit and then we got over the novelty of it. 3D TVs never really had too much of our attention because people didn’t want to actually wear a headset and look like a twat even in the comfort of their own home.

VR headsets mean hassle, friction with mass adoption and a largely solo, closed off experience for the user. Yes VR is awesome, but so was the face you pulled the first time you beat your dad at Mario Kart on the Wii.

Admittedly, AR has had multiple failed attempts to go mainstream and maybe that’s why we didn’t give it the credit when it appeared in one of the biggest social platforms in the world. Now that we use it everyday we need to take notice and realise its potential.

Brands and marketers have dipped their toes in the water with AR and it’s had only niche success to date. Brands need to make the leap to do something truly remarkable with AR executions so they are worth the consumer’s time.

Without hardware support seeing AR capabilities being natively installed on Apple or Android, AR has been left to a myriad of software companies that have made clunky and boring executions for brands.

The bright future for AR

Apps like Snapchat prove AR has already achieved what VR is yet to which is mass adoption and usage. Shazam announced in 2015 that it was now working on image recognition software allowing users to Shazam advertising from brands making executions from physical media truly immersive and engaging.

The computing power in people’s pockets today is incredible; tapping into that with AR has been one of Snapchat’s most successful plays. We’ve now seen Facebook hedge its bets with the purchase of face-swapping (AR) app MSQRD, making sure its fingers are in both VR and AR pies.

In-app AR functionality for the Facebook platform would be the nail in the coffin for mass adoption for VR and see AR put this battle to bed.

The next one to three years will see the war rage, but my bet is on AR and it already has a massive, if highly underrated lead.

What’s your money on AR or VR? Hit me up on: Twitter & Instagram @jtowers1983 or introduce yourself on Snapchat @jt1983 preferably with a neat AR filter.