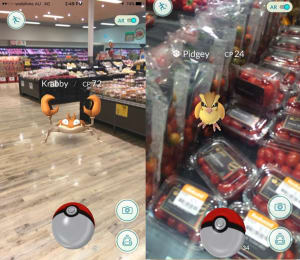 If you’ve got a phone and an internet connection, you’d know Pokémon Go has officially arrived in Australia.

All around Australia people have gone crazy for the first augmented reality app whereby complete strangers met by the dozens to play together, police issued warnings reminding people to look before crossing the road to catch a Charmander and someone even discovered a dead body on their quest to catch em’ all.

The iTunes top grossing app uses your phone’s camera and GPS to capture, battle, train, and trade virtual Pokémon who appear throughout the real world.

Forbes has reported Pokémon Go has a chance to overtake Twitter in its daily Android users – and it hasn’t even launched globally yet.

And now Australia brands are getting on board – tailoring their marketing around the game.

Woolworths is one of the several brands jumping on the opportunity to interact creatively with gamers. The supermarket giant posted on its Facebook page the hot tips to catch Pokémon in response to people finding the animated creatures in Woolworths’ stores. 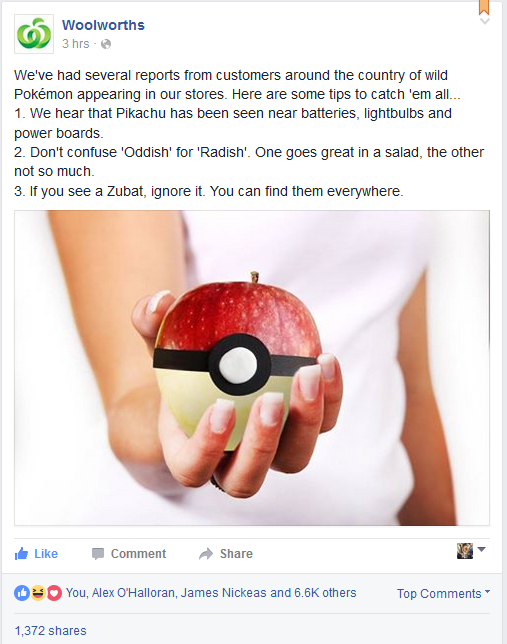 ME Bank was another to post about the game, writing: “When you have to withdraw some cash, but first have to catch a Meowth”.

Bendigo Bank posted a few images of Pokémon in its branches: 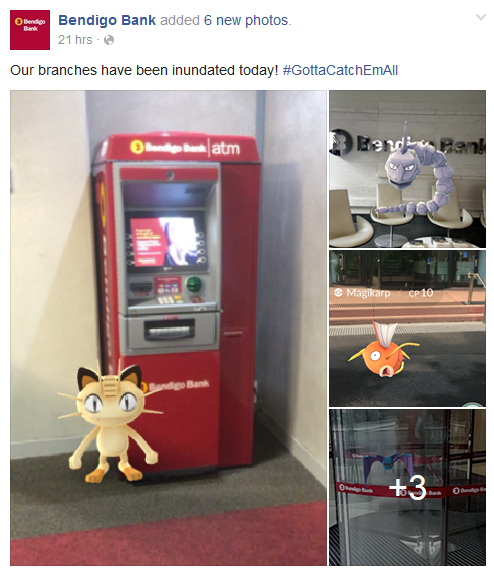 TAB posted this humorous image of Australia footballer Chris Scott during the Geolong Cats vs Sydney Swans game on the weekend. 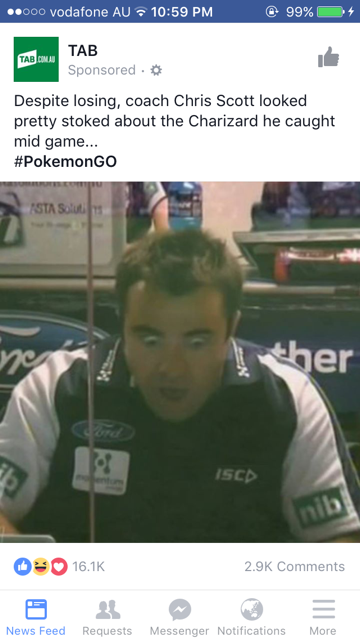 KFC is joining the converastion with some shamless product placement: 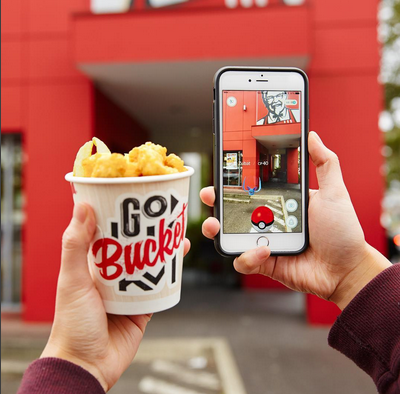 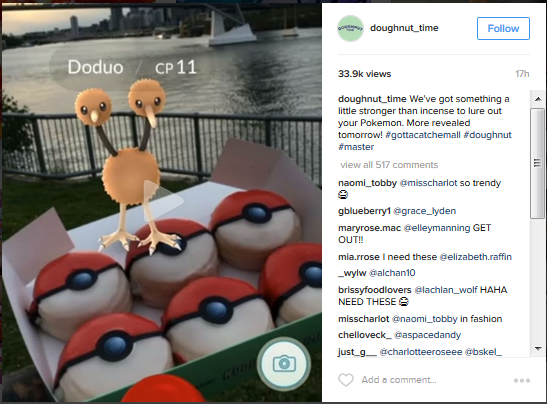 AirNZ knows how to kill time during a layover:

Redbull's Pokémon could use some wings:

Who knew Chobani yoghurt is the real lure? 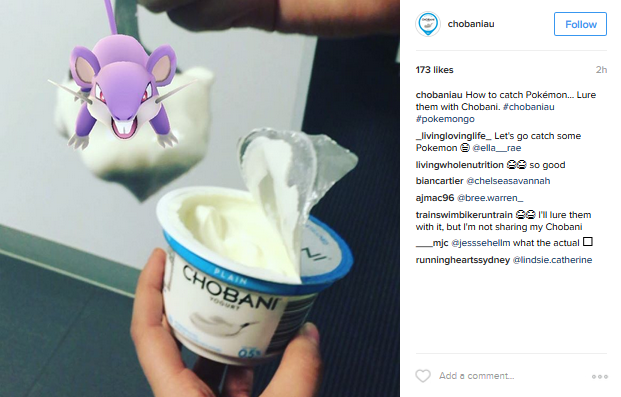 Mnet Mobile seems to be loving Pokémon Go a little too much... 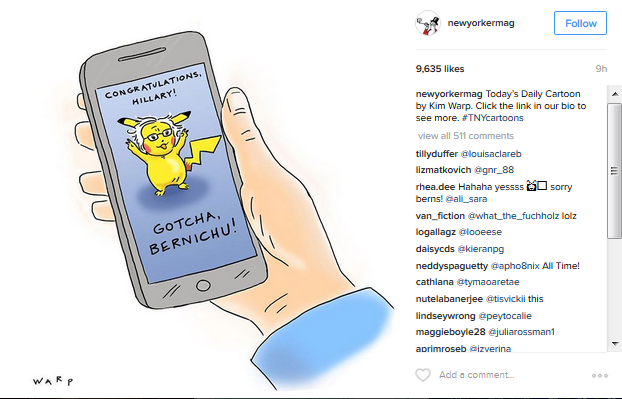 Radio stations, such as Kiis and Nova, are taking part in playing the game: 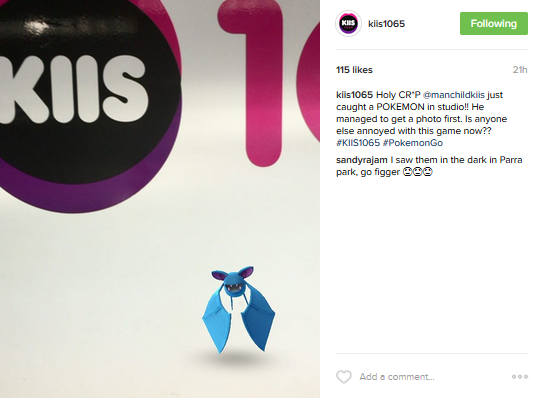 This Starbucks in the US knows how to get people into a store: 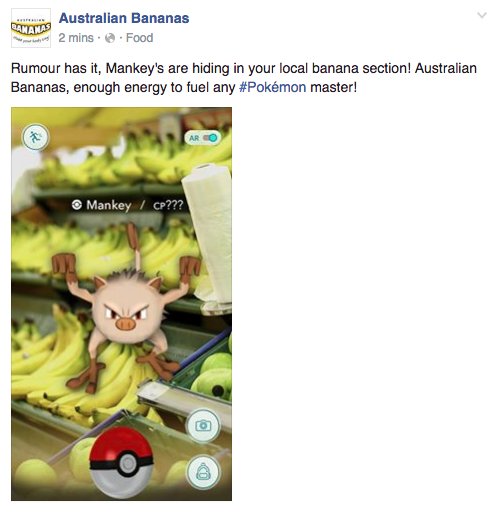 The Mercedes-Benz brand, which sells eco-friendly cars, is encouraging its social media followers to take photos of its "smart vehicles" in the wild and share them by snapping.

Disney is channeling Pokémon Go with this Instagram picture: 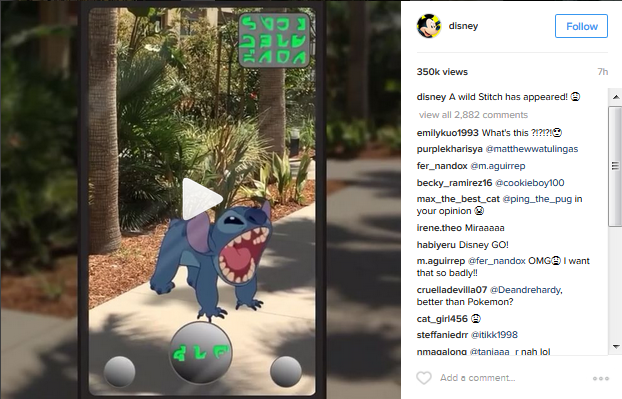 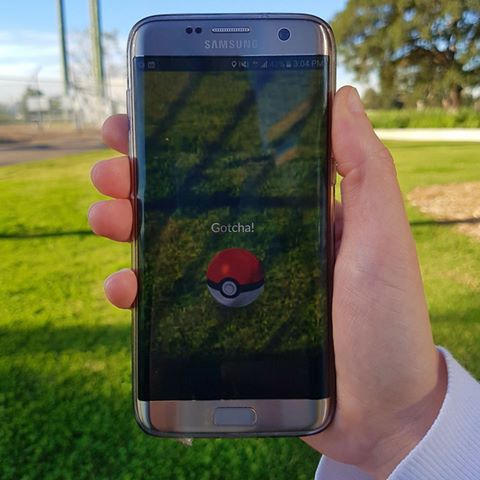 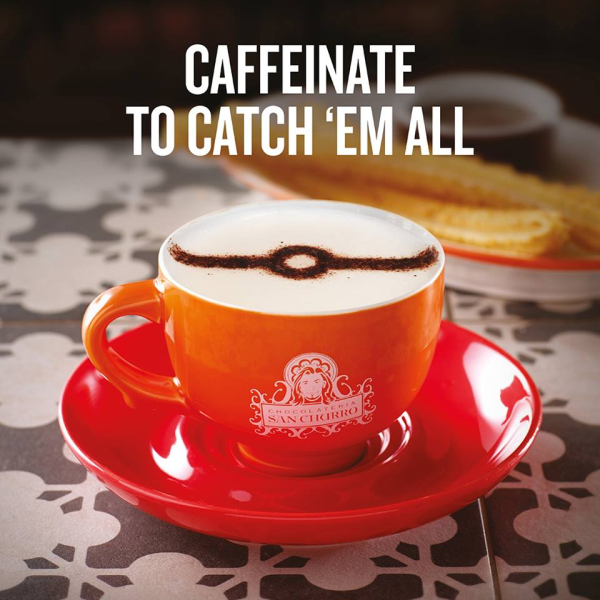 Need some cute clothes to chase Pokémon in? ShopStyle has got you covered. 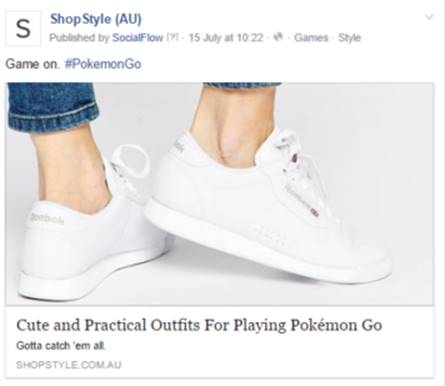 Independent agency Mindshare MENA has Pokémon joining them for board meetings:

Origin Energy knows catching Pokémon can drain your phone, so its helping people game on by handing out portable phone chargers.

Have you seen brands getting on board with Pokémon Go? Email me lindsaybennett@yaffa.com.au