An insider’s look from the Cannes Young Lions Media Academy 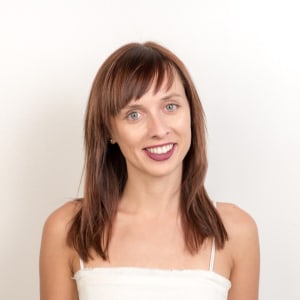 The Cannes Lions School curriculum is a week-long event for media professionals looking to accelerate their career. Open to professionals 30 and under, the Academy combines classroom sessions with world-class speakers and coaching from industry legends.

As one of the delegates this year, I was exposed to a variety of speakers and panel discussions, including: Mia Mulch, head of Omnicom Media Group Programmatic UK; Matt Jarvis, CEO and partner of 72andSunny; Nick Brien, CEO of Dentsu Aegis Network USA; and Ben Jones, creative director at Google.

The importance of strong leadership was a major focus for the speakers this year - having a vision for the team, the brand, the project and the individual as key components of effective leadership.

Matt Jarvis described the role of the CEO as a lonely place, where you are desperate for your team to reach out with an idea on how to help solve challenges: “Don’t fear approaching your executive team with an idea on how to shake things up because it’ll be extremely welcomed.” He also stressed the importance of knowing who is in your coaching tree - in other words, who are the people that you are leading and influencing? Who are you invested in developing, that you look forward to them bypassing you in rank one day?

As usual, data took center stage in many discussions, the key focus being around how you can use it uncover key insights and provide utility.

New players have entered the data conversation, such as ‘Lucy’ who, powered by IBM, can analyse more data in a minute than a human can go through in a year.

There is also ‘Albert’, who offers a similar way of uncovering campaign changing insights. GDPR was everyone’s favorite acronym in this space, with everyone stressing how this is only the beginning of Government legislation addressing the data and privacy issue.

It was clear that we are going to need to go through a few generations before our industry resolves these issues, just like banking had to over the past 100 years.

The Future of the industry

A lot of discussions centered around the future of big holding companies and whether creative and media agencies would once again merge into one entity.

The interesting part of this conversation was the role of procurement and the continuous commentary around the heightened sophistication of procurement teams across the world.

The Academy’s speakers stressed the importance of understanding the role of procurement teams and how they work, no matter what role you are in.

Did you spend much time outside of the classroom?

Not as much as I would have liked. The Palais was full of world-class speakers and I feel I could have easily filled my week hopping from one session to the next. Of what I did get to see, there were two key standouts:

The Rise of Hackvertising, Burger King and DAVID The Agency

This session explored how brands hacked into a specific zeitgeist to become part of pop culture using a hacker's mindset. The speakers showcased how Burger King refused to sell Whoopers to customers, and instead sent them to McDonalds on McHappy Day, when sales from Big Macs were donated to help children with Cancer.

Creativity on the couch: What Psychoanalysis Can Tell Us, Mike Cooper, Worldwide CEO and Oliver James Author and Psychologist - The School of Life.

I loved this session because it refocussed the festival on ‘Creativity’, which I think had been strangely forgotten in many aspects of the programming. PHD’s CEO, Mike Cooper, discussed creativity’s current ‘midlife crisis’ and identified how the industry’s “obsession with data and tech has led to a reduced focus on creativity”.

Renowned psychologist Oliver James proceeded to use Bowie as an example of how we can unlock a creative side in ourselves by understanding the different personas we embody.

Did you see much of the work?

As mentioned earlier, there was a lot of talk this year about whether creative and media agencies would once again merge into one.

I was starting to believe this was inevitable and was also surprised by this year's Media Grand Prix winner, ‘Food Love Stories’, as I didn’t think it was as sexy as some of the other creative wins we had seen throughout the night. That was until we had our ‘behind the scenes’ session with this year’s media judges.

They shared the rationale behind the win and talked us through the great media planning that had gone into the campaign. It was a breath of fresh air, as it really highlighted the craft and importance of the role of media.

Looking back at our own entries now, we had crafted them knowing the success creative agencies have at Cannes and had tried to showcase our own creativity.

On further reflection after this session, showing rigorous and effective media planning, which is our day-to-day objective, would have served us much better.

Is Cannes as lavish as its made out to be?

Cannes certainly lived up to its reputation.

After completing the 24-hour flight over from Australia, I found myself walking round like a love-struck teenager - mouth wide open in awe of the yachts leased out by the AdTech and consultancy brands worth knowing for the week (after some investigation, I found out the cost of hire for the week was 80K – Euros, not Dollars!).

As I arrived a day early, I watched the beach transform into an array of pop-up bars, which needed hundreds of tradies to put together.

Mat Baxter recently described Cannes as the festival that 'eats you up and spits you out'.

But I think having the Academy every day, and being surrounded by like-minded peers from around the world, learning and debating the future of the industry, helps keep you grounded in the madness of Cannes.

What is your key takeout?

To keep up with the ever-changing marketing landscape, we have to understand what is happening in our industry and wider society – we cannot be siloed.

People are afraid to ask questions; we overestimate people’s knowledge on topics and feel embarrassed to ask. This communication error is one of the reasons why we have become so fragmented as an industry.

This was highlighted when a CEO mentioned blockchain technology in their presentation, and when questioned what it was, it became clear that they weren’t actually sure themselves.

Closing thoughts from the Croisette

After attending the Academy, I now feel like I am able to have an educated conversation with anyone on the key topics facing the industry and its future.

However, if I do not continue to feed my curiosity, this will soon be lost.
The speakers recommended dedicating an hour of your day to continue learning via the trade press, LinkedIn, events and books.

You can still access many of the Cannes talks online (including our PHD talk that I mentioned earlier), so for anyone who is reading this and is desperate to find out more, I recommend starting there.