Advertising should learn from the music industry 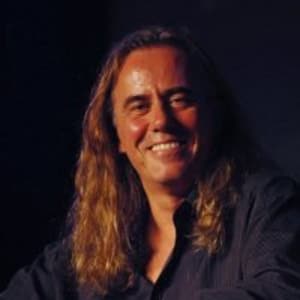 This article first appeared in AdNews print issue. Subscribe here to see the next issue.

Ad blocking technology is a constant concern for the digital advertising industry. Reactions from the industry range from the ethical, “it’s just wrong” to the defensive, “don’t they realise they are going to put the very sites they love out of business?” to the technical, with the rise of anti–adblocking software and services. In order to face this growing threat, the advertising industry should adopt learnings from the music industry, which faced a similar threat with the advent of online music piracy.

A recent Accenture survey elaborated on the rise of adblocking and the challenge it poses to the digital advertising industry. Specifically, in Australia, the majority of consumers (57%) are aware of several options for removing advertising, with one third (31%) saying they would pay to eliminate ads entirely. With advertising as the primary revenue engine for many online experiences, this is clearly a worrying reality. Having been an executive in the music industry during its transition from physical to digital, these concerns are all too familiar.

Music piracy, symbolised by the likes of Napster and BitTorrent, was painted with much the same brush of rhetoric and reaction. However, in hindsight, the rampant nature of piracy was driven as much by the prevailing business model of the industry, investing in a few hits yet requiring fans to pay for an entire album, as it was by teens with more time than money.

Taking the moral high ground and pointing to the plight of artists was as fruitless in reversing the tide of piracy as technological measures. Pursuing pirate–enabling organisations and pirates, AKA music fans, was more a game of ‘whack–a–mole’ than a deterrent.

Building a business off the back of others without reasonable remuneration is not cricket, but a dramatic change in consumer behaviour and sentiment calls for self–examination as much or more than lashing out with moral or commercial arguments or embarking on a technological arms race. Music piracy was the abandonment of the historic model, replaced with what fans really wanted – better value for time and money.

The survey provides a glimpse at a parallel truth that’s fueling an undercurrent of dissatisfaction with digital advertising. The vast majority of Australians (86%) believe that digital advertising frequency is over the top and a near equal cohort (76%) find that ad interruptions do not match their personal interest.

The rise of adblocking is not a threat, it’s a call to action. Adblocking behaviour represents a yardstick for media companies and brands in gauging how successfully, or not, they are connecting with consumers. It is a measure of whether you are delivering the right message, in the right format, through the right channel, to the right consumer.

By Scott Dinsdale, media and entertainment lead at Accenture.