A crisis of trust: Four lessons for brands 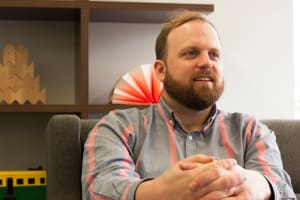 What a year it’s been for truth, trust and Western democracies. In fact, last week 'Post-truth' was declared word of the year by Oxford Dictionaries. As we all know, trust is the cornerstone of any strong and enduring relationship. In this fantastical world of President-elect Trump, it’s critical to look at how this new social climate affects people’s relationships with brands.

Trust in politicians, government and media is at an all-time low.

In the US, only 42% of the population trusts political leaders – the lowest it has ever been, down 20% from 2004. Only 32% of people say they have a great deal or fair amount of trust in the media, down 8% from last year.

In the UK, only 26% of British households with an annual income under £15,000 trust in government

Here in Australia, trust in politicians and the political system is at the lowest level in 20 years

Brand guardians need to think about how to act and adapt to this newly established cultural climate of distrust. Here are some lessons to consider when navigating the new ‘trustscape’.

Lesson #1: Transparency is a good start

Telling people to trust you doesn’t work. People expect institutions, organisations and brands to be completely open and transparent not only with process and practice but how they treat people, partners and employees. What this means is a total loss of the trust you have spent years building could be a social media leak away. Today, transparency has the ability to create trust and mitigate risk.

Public support for a Royal Commission into the banks is growing as people look for honest answers to important questions including, “Why aren’t you lowering interest rates and passing on rate cuts?” and “What don’t you pay my insurance claims?” Without transparency and a convincing substantial response, middle Australia will continue to believe that the big end of town acts only with self-interest.

Cure – This Changes Everything by Mirvac

Launched in 2014, ‘This Changes Everything’ is Australian property developer Mirvac’s comprehensive sustainability report. What makes it unique is not only the scale of its ambition but the comprehensive data that tracks how the organisation is progressing with each aspect of its sustainability goals. It exemplifies that being open with data can make you appear honest and accountable. Breaking down information barriers to build trust.

Also see the McDonalds Open Kitchen program. The brand has literally opened its doors to prove the quality of ingredients used creating a powerful proof point through openness and transparency.

Lesson #2: It’s gotta be about more than profit

The rise of purpose-driven brands such as Toms, Tesla and Philips, has put human values in the boardroom. We now expect brands to have a positive social impact that people can identify with, or aspire to emulate, as well as a commercial one. In 2016, the combined rise of populist politicians and purpose-driven brands is due to widespread belief they have the same motivations at heart as the public and are fighting for a shared cause.

7Eleven is still in reputation damage control after the pay scandal where the business was found to be exploiting workers by short changing them nationwide. It was a media feeding frenzy that reinforced the public’s worse perceptions of corporate greed and self-interest. This kind of media exposure would be damaging for any organisation but with no human purpose to work hand-in-hand with the business strategy of ubiquity and convenience, the brands was more vulnerable than most.

Unilever has redefined itself by bringing a strong sense of purpose into the heart of the organisation. Regularly collaborating to create initiatives such as A Joint Ambition for a Zero Food Waste Britain and UN’s Global Goals, the British-Dutch conglomerate continues to clearly communicate its purpose at both product and corporate levels.

Also see energy disrupter Powershop. The brand has prospered with a single-minded goal of giving people a true alternative to the vulnerable and disliked incumbents. Powershop has used this purpose to drive provocative marketing and revolutionary services.

People around the world feel left behind. They feel isolated and are looking to be a part of something greater than everyday habits and routine. Communities of common interests create a shared sense of belonging. United by passions, whether they are technology (Apple), music (Virgin phase 1.0) or exploration (North Face). Communities of shared passions create powerful brand advocates.

Symptom – The Demise of Dick Smith

Decades ago, Dick Smith was defined by people’s passion for exploring the potential of emerging technology. The business was the original Australian ‘by geeks for geeks’ brand embodied by a charismatic figurehead. Over the years, Dick Smith drifted from this passion-led positioning and evolved into a big box retailer with uninspired sales staff who weren’t techxperts but more likely hungover uni students. Without a clear reason for being beyond retail footprint and low prices that weren’t really that low, Dick Smith suffered a severe passion problem. The now online-only retailer drifted too far from its original community and it cost more than 3,000 people their jobs.

In what may surprise some, JB Hi-Fi was named Australia’s most trusted retailer for 2016. JB Hi-Fi is a home-grown success story. Widely respected as a responsibly run company that is open, transparent and treats its employees well, its famous CD and DVD aisles are curated by passionate workers and as a customer, you feel as though you are buying your entertainment from a community of fellow fans or those who know what to recommend.

The rise and rise of politicians who ‘tell it like it is’ is an important lesson for us jargon fluent marketeers. People want brands that talk in a language they understand. By doing this you make your brand easier to relate to, easier to understand and more authentic. With the rise of more fluid social media customer relationships, it’s amazing that corporations don’t invest as much if not more in brand voice as they do identity.

The Liberal party’s 2016 campaign was mercilessly mocked for the now infamous ‘fake tradie ad’ that attempted to speak to the public in familiar language.

The tradie target (and anyone with a bit of common-sense) immediately saw the inaccuracies – “Why is his saw-stool set up in a lane outside the fencing? And who has a ceramic cup on a building site?” This is a memorable lesson in delivery and authenticity.

Cure – ME Bank – ‘Have your smashed avo and eat it too’

ME Bank (formerly Members Equity) has rebranded and successfully positioned itself as a genuine challenger to the big four banks. ME has reinterpreted its history as mutual into a simple, quirky and purposeful brand communicating in a way that is relatable, meaningful and human. The recent ‘Have your smashed avo and eat it too’ campaign shows they understand the wider cultural context and the challenges their customers face. And the brand isn’t afraid to take a stand on issues it believes in and affect customers in real time.

It’s clear that connecting growth of commercial value with building social value has never been more important for brands. The new climate of mistrust has created a situation where it’s critical to bring your journey of transformation to life in everyday language. So be authentic. Think of the collective. Be transparent and mean it.