2020 vision: Hindsight is a wonderful thing 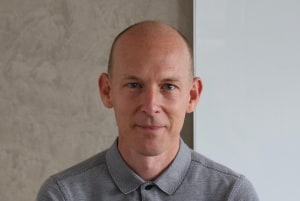 When we announced this time last year that I had acquired FutureBrand’s operations in Australia, there was one word used to describe the news more than any other: “bold.”

It wasn’t a word I had used myself, but 2020 had already become a pivotal year around the world as a result of the pandemic. Not necessarily an obvious time to buy a business – hence the response, I suppose – but it made perfect sense to me.

At the time I said, “I liked my job so much that I bought the company,” and 12 months later, I feel buoyed by the decision and the platform we’ve built for ourselves. It’s been a year of balancing our new independence with the responsibility that comes with being part of a major global branding network, while at the same time reimagining our culture and the way we manage and measure performance so that our team can be the best version of ourselves, both at work and in life.

On the one hand, we have greater freedom to invest in our own decisions locally.

The most obvious area of investment we have made has been in digital to support our increasingly versatile and collaborative ways of working: Airwallex, Copper, G-Suite, Miro, mmhmm, and of course, Zoom. What’s more, we also opened the doors to our new workspaces at Hub Australia in Sydney and Melbourne.

On the other hand, the fact that we come with the global relationships and resources of FutureBrand worldwide means that we have a reputation to uphold, globally. It’s a responsibility we take seriously and it means we’re able to offer our clients the best of both worlds: an independent mindset and ways of working, combined with global perspectives and connections.

From the transaction last July to the transition over the first 30 days and now to the ongoing transformation of the business, one dynamic has always been front and centre of my mind.

The fundamental idea that people are the most valuable asset is an article of faith for many companies, but often – however strong the belief – I find it’s only loosely held.

Now more than ever, as the owner of FutureBrand Australia, I feel both the positives and the pressures of putting our people front and centre.

The ‘freedom’ I mentioned earlier reveals the benefits of removing the fixed infrastructure and overheads so we can unlock the potential of more agile ways of working. Less hierarchy grants greater autonomy, so in the past year I’ve been focussed on how we can create and nourish a culture in which we all grow, personally and professionally. I’ve also searched for new ways to manage and measure performance, not only individually but also as a team.

Firstly, supporting the team’s growth is not an event that happens once each year, it happens every day. So we stopped annual performance reviews.

We now talk about performance at least once a quarter. We facilitate quarterly ‘meet-ups’ to measure and review our team performance in terms of culture, productivity and commercial results, and these team-based reflections provide the context for ‘check-ups’ between each team member and their manager. What’s more, to avoid the unintended consequence of shorter-term thinking from one quarter to the next, we also have ‘career conversations’ at the start of each year – nothing to do with performance and everything to do with longer-term hopes and ambitions for growth and support.

Secondly, that greater autonomy makes performance and growth less of an issue for others to ‘performance review’ and more of an opportunity for each of us to take accountability. Consequently, we’ve evolved into what can best be described as a pro-learning organisation – where everything good, bad or ugly is an opportunity to reflect, appreciate and improve. As I write this, it’s ironic that I instinctively feel we could get better at it! Equally, what gives me greater confidence is that everyone has their own personal learning budget to spend on their own growth and development, however they see fit, no questions asked.

Thirdly, greater autonomy also comes with the stresses and strains of greater accountability. We recognise that there’s little point enabling growth if we can’t also remove the barriers. Mental health and wellness is top of the list and we want our team to be able to show up in life and at work as the best versions of ourselves.

Four times a year we all take a 'healthie': an extra four days’ leave to look after yourself, mind and body. It’s a bit like taking a sickie, only better, quite literally.

Ultimately, what’s most important to me is that we’re continually growing – personally and professionally, individually and as a team. That we’re focusing on our strengths, building on the positives, and learning more with every experience.

If I’ve learned anything over the past 12 months, it’s that profit isn’t everything. In fact, it feels at times like the narrowest – and shallowest – of performance indicators. On the contrary, I’ve learned the value and experienced the benefits of a broader strategy to succeed, one that champions the strength of our people and our culture, with a focus on growth, learning and wellness.