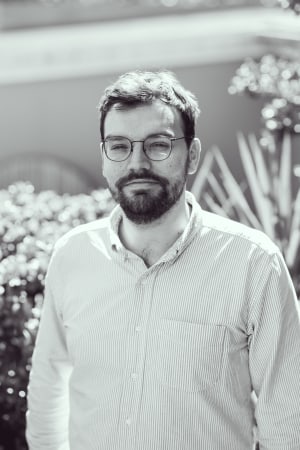 Our Young Gun profile takes a look at some of the young talent across the advertising, ad tech, marketing and media sector in Australia. It aims to shed light on the varying roles, people and companies across the buzzing industry.

Time at the company:
Six years.

How long have you been in the industry?
Also six years—this was my first job.

How did you get here? Was this always the plan?
Not exactly. After I completed a bachelor’s and a master’s degree in economics, I didn’t know what I wanted to do. One day, a recruiter came across the job and asked me if I wanted to be a trader for programmatic. I thought that using econometrics to drive media growth for brands sounded interesting, so I just went from there.

MiQ traders have always had lots of autonomy in what they do. As a marketing intelligence company, we’re given access to reams of data which we use to garner insights and ultimately drive revenue growth for our clients. Before I began working at MiQ, I didn’t even know it was possible to track consumer’s online journeys and translate the insights into sales, which I found fascinating and still do today. Our technology has developed so much in six years which means you’re constantly learning and growing.

Who guides you day to day?
Definitely the leadership team. In particular, Fiona Roberts from the commercial side of MiQ is absolutely indispensable. She’s constantly informed about how we’re doing as a business and how everything integrates together. The HR team and the marketing team are all people I lean on as well.

The biggest skill I’ve learned in the business is people management. Starting as a trader, you manage campaigns, and then when you transition to a more managerial role, it becomes about being able to flex communication styles. I’ve found it helpful to have sounding boards from the leadership team for feedback. It’s important to be able to ask questions like, “so this happened, what do I do now?” and “what can I do to help this specific person?”

What’s the best thing about the industry you work in?
The same thing as when I started, which is that it’s very dynamic. It requires adapting to ever-changing circumstances, so there’s an abundance of opportunities for younger people entering the industry. Being such a new industry, age doesn’t hold you back. It’s just really fun and a great place to work; better than being an economist, anyway.

And the biggest challenge?
The same, really. Because it’s so dynamic, it’s very easy to fall behind if you don’t keep your eye on the ball. The thing about MiQ is that we’re constantly adapting. In a way, our biggest clients are also our biggest competitors, so we have to keep up to date all the time and make sure that we know where we stand in relation to the entire industry. You’re constantly serving as a benchmark against your peers.

I lean on LinkedIn, AdExchanger, and AdNews to get a picture of people’s points of views and what’s changing. We grow as a business when the advertisers we work with are making are growing, so the more that we can do to help them, the better. It’s a symbiotic relationship.

Whose job have you set your sights on in the future?
Serious global players like Nick Timms, our global strategy director. He’s based in London but he travels around frequently. Sometimes, he comes to our office for several days at a time to share MiQ’s journey from a global context and where the industry is heading. It’s an amazing learning experience for me, and I would love to be in a similar position in the future.

Where do you turn for inspiration?
Oh, that’s a tough one. I support my local football team, Port Vale. They’ve been stuck in League Two for a long time, but they return every Saturday to play for their fans without fail. It’s inspiring. They’re also the only team in the football league not to be named after a place, so they have that going for them.

My favourite advert is:
At the moment it’s probably the Clive Palmer IKEA spoof.

If you’re not familiar, Clive Palmer is a billionaire Australian man who spent sixty million dollars on an advertising campaign during the Australian federal election. After spending one of the highest amounts in the entire election, everyone thought he was going to win a Senate seat—but he didn’t. He lost.

Then Adrian Elton comes along and photoshops this satirical IKEA ad saying, “Clive spent sixty million and couldn’t get a seat. You can get one at IKEA for $27.99.” It just blew up on social media. You know an ad is good if people actually start talking about it in the office each week.

Tell us one thing people don’t know about you?
I can play the trumpet quite well. I was a bit of a brass player in my teenage years, but I only played classical. Maybe I would’ve started playing jazz if I stuck with it, though. It has been a while since I’ve played but one of my favourite pieces was the 007 theme song.

In five years’ time I’ll be:
Still here at MiQ. It’s a great business that looks after its people. Maybe not in the same role as I’m in now, but definitely here.
Or I’ll be a trumpet player, you never know.