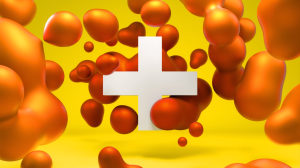 Wunderman Thompson has revealed its new look, following the merger of the two companies last year.

The move was part of WPP's radical restructure and impacted a global workforce of approximately 20,000 in 200 locations across 90 markets.

Since then JWT APAC CEO John Gutteridge has been named as the new CEO for Wunderman Thompson in Australia and New Zealand.

The new branding, created by WPP's brand consulting company Landor, focuses on growth and positions the agency as a creative, data and technology agency.

It mirrors the transformation WPP went through, from a traditional black and white agency design to a modern look with bright, vibrant colours.

While the agency created a microsite to showcase its new look, it said a full site will launch in the coming months. It's also opened up new socials across Twitter, Instagram, Facebook and Linkedin with the new branding.

Wunderman Thompson Australia said the new branding is being rolled out in a phased approach, with no current changes to Australia and New Zealand.

What do you make of the branding? Comment below.