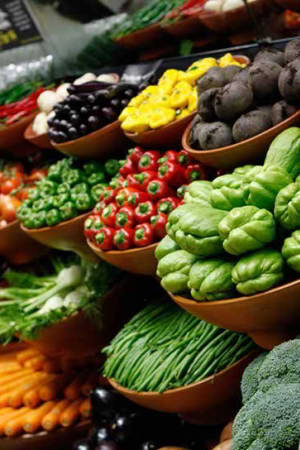 Woolworths has defended its decision to scrap its existing loyalty scheme, despite a backlash from customers on social media angered that the supermarket giant has replaced Qantas frequent flyer point rewards with food bill discounts.

On Sunday Woolworths announced it will replace its Everyday Rewards card with the new Woolworths Rewards that allows shoppers to earn $10 off their food, grocery and liquor products.

Until December 31, existing Everyday Rewards members who are linked to their QFF account will receive both Qantas Frequent Flyer points and Woolworth Dollars.

"Woolworths asked many of our customers what changes they'd like to see in the rewards program and overwhelmingly they said they'd prefer a simpler scheme with no points, just money off their shopping,” said a Woolworths spokesperson.

But customers have taken to social media to express their frustration, with many claiming to rely on frequent flyer points and disappointed there is no ability to choose between discounts and points.

“Coles must be rubbing there hands with glee. You have completely removed yourself from the market with this change. If Coles are the only grocery chain offering a decent reward system then people will move,” Deonie Bodie posted to Woolworths' Facebook page. 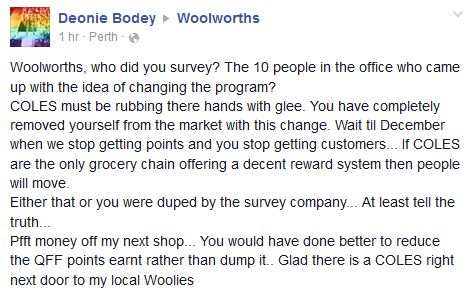 “Well off to Coles I go. Have loved shopping at Woolworths, but your dollars system is ridiculous. Looking forward to frequent flyer points and "down down, prices are down,” Cass Be posted.

Dorothy Allison complained that as a “loyal customer” she was not surveyed, and was “very disappointed” about frequent flyer points being dropped.

Cam Mitchell said a better outcome for customers would be “giving the option of choosing between points or Woolworths Dollars at the register rather than just ditching the old system.”

“Where on earth did you get the idea that people dont use the frequent flyer points?,” Ruth Green posted. “Between the Woolies and Coles points programs, I get to visit my grandkids in WA once a year. If the points are no longer available, then I will go back to shopping at Drakes.”

According to analysis by the Australian Centre for Retail Studies, under the new program, a typical shopper spending $108 per week could now earn $10 to take off their shopping in just over seven weeks. 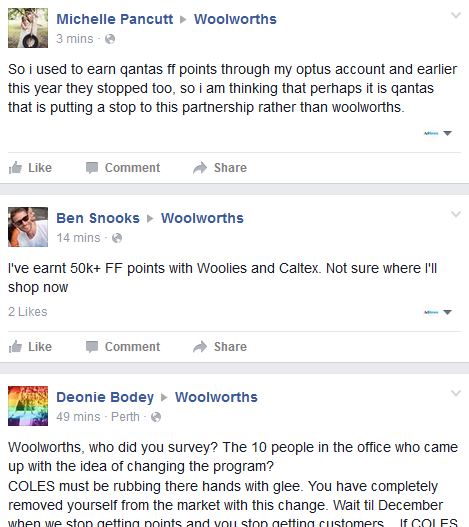