Women in advertising and media still earn 23% less than men 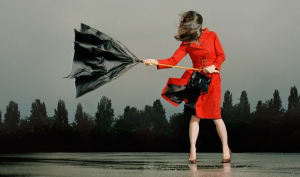 The report, published today (16 November), found that the average woman's salary is $27,000 less than a male counterpart's.

The gap has narrowed in recent years but still signals gross inequality in the workplace in every industry. The gap widens at senior management roles.

The report also found that women are still under-represented in leadership roles, and board positions. Just 16% of CEOs are women, and 37% of managerial roles are held by women.

It's a familiar story for the the advertising and media industry where gender inequality has proved to be as big an issue as ever over the last 12 months.

The advertising, creative and media industries aren't a category that the report splits out but the gender pay gap is something the recently formed Agency Circle diversity movement encourages agencies to address.

The Communications Council also conducts an annual salary survey – although it doesn’t publicly publish the results.

Agencies are beginning to address the issue and AdNews understands a number of agencies are starting to analyse their pay structures with a view to making salaries equal, for equal roles.

Clemenger BBDO Sydney started actively analysing the gender pay gap four years ago. Since then, it has had an equal pay structure for men and women in the same role, across all departments. It's something the agency is proud of, but also something MD Emily Perrett thinks is a “no-brainer”. Clems Sydney's leadership team is 60% male, 40% female.

“From my point of view, it’s a no-brainer and kind of hard to believe we’re still having these conversations. As a management team, it’s an easy thing to address quickly, it comes down to agency priorities. There’s absolutely no excuse for a gender pay gap to exist in an agency. At all,” she says.

It's not all bad and progress is being made but it is still “too slow” according to WGEA director Libby Lyons.

“The data confirms gender pay gaps in favour of men in every industry and the under-representation of women in management and leadership roles. At the same time, it shows employers are stepping up to the challenge in greater numbers with proactive gender equality policies. For the first time, more than 70% of employers reported they have policies in place to support gender equality.

“There’s no question we are seeing movement in the right direction, but it’s still too slow. The Agency will continue to work with employers to help them drive better workplace gender equality across their organisations.”