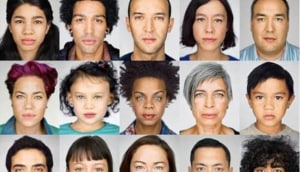 Australia’s top creative agencies have joined forces to launch the industry-wide diversity initiative The Agency Circle. A veritable who's who of the creative industry gathered last night to pledge their commitment to improving diversity across the Australian creative industry.

The launch, hosted at Leo Burnett's Sydney offices, marks the beginning of the Agency Circle's mission - to turn talk about diversity into action by asking member agencies to pledge commitment to diversity.

The initiative, which AdNews first revealed back in September, has aspirations to make the Australian industry a more diverse environment with a more diverse workforce inclusive of age, ethnicity, sexual orientation, religion and education, from grass roots right through to the c-suite and to hold agencies accountable for making progress.

To do so, it provides access to tools, best practice examples and advice pooled from a range of sources that wit will help agencies explore options and initiatives they can put in place. For further information about The Agency Circle visit www.theagencycircle.com.

AdNews is incredibly proud to have been a part of forming The Agency Circle and bringing together many of the individuals whose agencies went on to become the founding members and the driving force to getting it off the ground.

Back in March, AdNews hosted a roundtable debate to look at the issues surrounding the lack of diversity in the creative industry and explore ways to tackle it - not just talk about it. From there Michele O'Neill, head of strategy at VCCP and the inaugural chair of The Agency Circle led the charge for the creation of an independent group and charter. O'Neill will chair the group for six months, and then the mantle will be taken up by another committed member.

O'Neill, says: "We help our clients solve problems creatively and I believe the more diverse the people we bring to each problem, the better the outcomes for our clients. The idea of The Agency Circle is to drive both a commercial and social imperative if we want to thrive as an industry."

"We've learned more about our habits of hiring in our own image, and the lack of optimism from the young people who don't see role models with whom they can identify. We’ve also learned that while we have policies that subscribe to working from home or staggered hours but we need to make it culturally acceptable. Everybody knows their agency says it's OK but unless the leadership are doing it, recognising and acknowledging it, the other levels aren’t doing it

"We've learned that we can work together as an industry for something that is bigger. We're not pitching against each other, we are with each other, we're just here to do better."

The first step to becoming a member of The Agency Circle is a survey that delves into agency's policies and perceptions around diversity. The Agency Circle tapped into similar surveys already used overseas by the IAB in the UK and AAAA in the US, which means it is the first time Australian agencies can benchmark internationally.

The aim is for it to be an annual survey and those agencies not living up to the pledges will be out of the circle.
Early topline results, from 12000 people acorss 15 agencies, reveal four core areas to address. What it also revealed was the stark reality that women are badly under-represented in senior leadership roles despite there being an equal gender split at entry level in the industry. In mid management levels the ratio moves to 60/40 in favour of men, and in the c-suite the ratio is 82/18. The numbers give evidence to what many already knew was the case.

O’Neill added: "You’re either in or you’re out, enough of the rhetoric. We’ve been having this conversation for over 30 years. We’re working towards real change agency by agency. We all know the issues. The study has just given us a revealing set of numbers for each agency to improve upon. And we’ll keep each other in check, tracking progress and reporting back. We’re in this together, agencies have enough opportunities to compete, this isn’t one of them."

The four areas of focus that emerged from the survey results are:

The aim of the survey results is to allow each individual agency to benchmark against the industry and decide the areas which need urgent attention within their own businesses.

Another issue that emerged was the gap between staff perceptions and organisations' perceptions about diversity within agencies.

Emily Perrett, Clemenger Sydney MD, Leo Burnett head of talent management Sarah Palmer and M&C Saatchi GM Nathalie Brady have been transformational in making it happen and while it is intentionally independent from industry body The Communications Council, CEO Tony Hale has also endorsed it as a "complementary" initiative to The CommsCouncil's efforts.

Green, one of the founding members of the Circle says it's about time the industry actually took some action.

"In our business, we reflect culture and attitudes towards diversity need to change, not just gender but all kinds of diversity. The industry doesn’t reflect diversity right now and it needs to. It's a big conversation in business and it's about time we tackled it. The industry feels pretty one-dimensional and it's something we need to improve and address. It will make our work better and give us better perspectives."

"The survey gives us the right information because the conversation [around diversity] can often be based on speculation. now we have some facts," he says.

The Monkeys is among the agencies already looking at how it can improve its policies to attract diverse talent from non-traditional backgrounds as well as from more diverse ethnic and religious backgrounds.

Both Green and O'Neill point to the recruitment initiative UK agency CHI & Partners introduced earlier this month which scraps the use of resumes in the hiring process and instead asks potential recruits to answer a set of creative and strategic questions before securing an interview.

Other diversity initiatives overseas have seen clients forcing agencies to commit to having a certain level of diversity in agency teams in order to win an account.

Verizon, and HP in the US have put pressure on agencies to be more diverse and General Mills ahs recently mandated a quota that requires their agency be staffed by 50% female teams and 20% from ethnic minorities.

Green isn't for those kind of quotas, and believes the industry can get there by itself.

"It just needs more lateral thinking ... I would hope that it wouldn't come to that [quotas] and the industry can make progress the right way ... It's in the hands of business owners and there needs to be action. We want to be part of the change and leading the industry."

A number of Agency Circle members have already put in place initiatives to improve their gender and diversity score card. Some of those include:

Guardian editor Lenore Taylor was the guest speaker at the launch and outlined the challenges she had faced in her journalism career, battling assumptions and gender stereotypes but eventually rising to the top of her field.

"I started thinking about the impact gender had on my 28 year career ... it comes down to assumptions about what women can do, made by others and assumptions that women make about what they can do themselves," she noted, highlighting that the ad industry is not alone in its diversity struggles.

AdNews is committed to driving change in the industry and encouraging agencies to make positive changes within their organisations. Here's a few articles you should read: