Why V Energy got into gaming

This first appeared in the May issue of AdNews.

V Energy was experiencing declining sales and relevance among 18 to 24 year–olds who had shifted their attention from TV to gaming platforms like Twitch. With gaming now bigger than Hollywood, two members of TKT Sydney’s creative team, Shaun Thomson and Emil Cholich, who happen to have a passion for gaming, found the brand’s next foray.

Instead of diving into the overcrowded sponsorship space, its strategy was to create playable content.

Frucor Suntory marketing director Mark Wiedermann was wary about the venture and wanted to avoid just slapping the V Energy logo into a game.

“We knew gaming could be a great move for us, but I was cautious how we got into that space because it is a real deep passion point for a lot of people and has high level engagement,” he explained.

“If we got it wrong, we knew it could do more damage than good and piss people off.”

Eventually it came down to the trust Wiedermann had in TKT Sydney, having worked with the Clemenger–owned agency for a number of years. He now celebrates the gaming venture as “one of the most successful things the brand has done”.

TKT Sydney identified a game to become part of, with millions playing it weekly. The game is a popular post–apocalyptic, role–playing video game. Best of all, it was open to modding — the ability to change a game’s files and content, bringing to life ‘Wasteland with a V’. 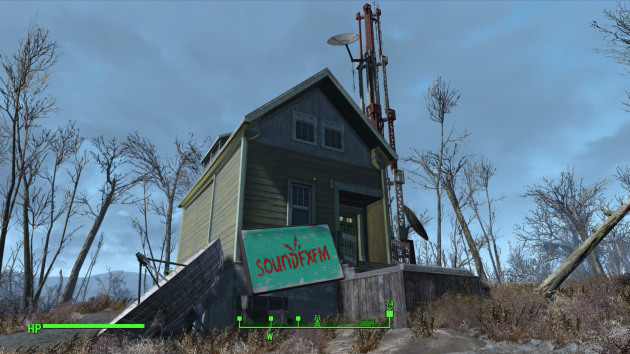 The campaign started with a covert post on Reddit asking gaming fans how they would “improve the game a bit”. It was a less than subtle reference to V’s branding which claims the drink is “the hit that improves you a bit”.

Almost 100 responses informed the content for the gamemod — a file that edited the game itself. V Energy drinks were added to the game and when players ‘drank’ it, all their in–game attributes improved ‘just a bit’. V Energy was then found in branded vending machines within the game, labelled Property of Shameless Product Placement Inc.

Not only did it reach a new audience in an innovative way, but the initiative also earned TKT Sydney the award for Best Branded Content at the AdNews Agency of the Year Awards. Wiedermann said now the brand has successfully tested gaming as a new medium, it is exploring how it can take it further — a move that he said gaming technologists are welcoming.

“My challenge now is going to be exploring how we can get into gaming with all our brands at Frucor,” Wiedermann said.

“That said, I have a very passionate belief that brands can overstate their roles in consumers’ lives, so unless our other brands have a role to play, like V, then we’ll stay away.”

Thomson and Cholich, who pioneered the idea, said they jumped at the challenge to do something different.

“The V Mod was a really great way for us to push ourselves to write and design for a completely different format. Writing dialogue trees that branched out into hundreds of options and designing texture for 3D objects are both exciting challenges for copywriters and art directors, respectively," they said.

"Learning new software, we think, also gives you a really good understanding for how others work and we definitely can work with the developers in the agency on a whole ‘nother level now’.”