Which ad will win the ACES award for best Aussie ad? 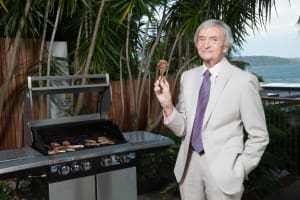 The people have spoken via our AdNews poll, and they have named the top three contenders of 2015 that could take out an ACES Award for best Australian commercial this year.

While this isn't an official shortlist - we'll leave that to Val Morgan and the judges - we did ask the readers to nominate their favourate ads for the year.

Coming out on top, is the entertaining 'Captain Risky' from Budget Direct by 303Lowe. Need a refresher of the red head risk-taker? Watch this:

In second place, is 'Australia Day' from Meat and Livestock Australia by The Monkeys. Starring Richie Benaud, Ned Kelly and Ita Buttrose, this ad is an all Australian mash-up.

And in third place we have the very glamorous ad from David Jones, 'It's In You' by Whybin/TBWA Sydney + Maud, and starring Goodes, Gomes and Rogers.

For the other potential award winning ads, hold your tears. This is only a prediction and you still have a chance to win. If you enter, that is. Nomations are now closed.

And just for fun, to celebrate the new ACES awards, Val Morgan is offering a private screening for the advertising hot shots that can name more than 30 of the 60 brands that appear in this sizzle reel. Entries that name more than 30 correctly will be placed in a draw and a winner selected at random.  Think you know ads? Check them out here: