What were the most read news stories of 2015? 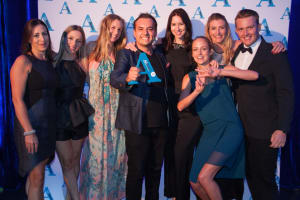 agency of the year awards

With 2015 coming to a close, we decided to put together the list of our top 10 most read news stories of the year. It appears everyone wanted to read about the AdNews Agency of the Year Awards but there's plenty more to recap on here.

Here are the finalists for the Agency of the Year Awards

“Clemenger, Saatchi & Saatchi and Leo Burnett are each up for six awards overall, with Cummins&Partners and M&C Saatchi named as finalists in four categories each.”

Are Coca-Cola's coloured cans the next Share a Coke?

“We’re going to end up reaching a ridiculous number - I think, 98% of our whole audience - over the course of this three or four-month campaign. It’s much more (than we could have reached on TV). I think buying straight TV now and reaching that audience is a much more inefficient buy.”

“It will enable marketers to connect with different audiences in ways we certainly haven’t seen in the Australian market from a digital perspective. If you combine those three data sets, you have arguably the richest data set available to any marketer in Australia.”

“In my 40 years in this business I have never encountered anything of this magnitude and frankly, it terrified the crap out of me and everyone else in the organisation.”

Ad fraud uncovered - what and how it happens

“We see little value in continuing to operate in this market with an office that, sadly, no longer consistently represents the Droga5 brand. Some of it was self-inflicted, some of it bad luck and some of it just the befuddling local advertising market.”

“If you are able to take a very clear and understood control group of people who didn’t receive the message compared to those that did, it is reasonable to assume there is a causal effect between the advertising recipient and the transactions that were subsequently made.”

“The competition for the Agency of the Year was particularly fierce between finalists Mnet, Soap and Cummins&Partners, but Leo's swiped it for demonstrating that a traditional shop can change the game.”

“We're very aware there are issues with Kiis in Melbourne. It's a disappointing result and we have plans in place to correct that, which we will be unfolding over the coming months."