What's the sound of Orange? 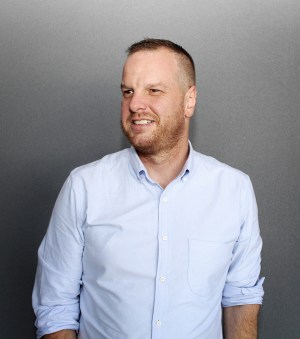 Sugar, gelatine from beef fat, and food colouring doesn’t have much of a ring to it.

But when a little girl sang ‘I like Aeroplane Jelly’ on radio in the 1930s, Australia fell in love with the brand, and Aeroplane Jelly was very quickly a household name.

The same can be said for Yeast Extract, Salt, Mineral Salt (508), Malt Extract (From Barley), Natural Colour. ‘We’re happy little Vegemites’ and the music that carried those lyrics made Vegemite a household name too. The piece was a radio ad first, and a TV commercial later to capture different audiences. But it was the tune Australia fell in love with.

Or Navy Beans, Tomato sauce, salt and sugar - AKA SPC Baked Beans and Spaghetti ‘for hungry little human beans’, which in The Studio at SCA’s Sydney office we recently freshened up so a new generation could enjoy one of Australia’s most loved jingles.

Instinctively, we’ve always know the power of sound and music. After all, our neural and physiological response to music is all based on instinct. With just two notes, you can create feelings of pride, fear, tension, happiness, surprise, and many more - An instant understanding of a feeling in seconds. These are all mental shortcuts that are very handy in advertising, both for their swiftness of response when time is at a premium (when is it not?) and to seduce the subconscious.

Music is sometimes underrated as a learning tool also. Need to get a three year old to remember a series of 26 characters, in order? Easy. Put it to music, and that three year old will know the alphabet in no time.

We’ve instinctively known the power of music in advertising for years. But now, we know it empirically.

At the Studio at SCA, we’ve just announced an exclusive partnership with global audio benchmarking leaders Veritonic. At the three month mark into the partnership, we’ve worked on audio logos for brands large and small, and every one of those has been a learning experience.

With start-up health company That Hippie Co, we were able to create an audio logo (we call it a BRANDSOUND) that embodied their brand values precisely before a single ad had gone to air. Interestingly, many of the brand cues for That Hippie Co came from their visual guidelines. If a brand’s visual assets were created for a psychological reasons, then their audio assets can be too.

SPC Baked Beans and Spaghetti was interesting - we knew (courtesy of Veritonic) that the old jingle was still well loved and evoked feelings of fun and excitement, but it was suffering lack of relevance because it hadn’t been refreshed. Our learnings gave us the clarity and confidence to know all we had to do was take Mike Brady’s old score which was perfect, and bring the audio into the now.

Working on a retail brand recently, we were able to test a BRANDSOUND for its appeal with the brand’s chosen target, live during the creation process. We’d hit a creative fork in the road and there were two distinct paths we were able to take with the brand sonically. We tested the two versions against each other for their emotional value using the millions of data points available to us through the Veritonic Machine Listening (AI) feature and had results in under two minutes. We were even able to benchmark the brand against its competitors to create distinctive assets that have higher emotional appeal.

Brand is a feeling, not a visual image. Any feeling that can be created with colour can also be created with sound. The only part we’ve been lacking until now is the ability to test emotional response to sounds accurately. If you have a blue and orange visual logo, we can create you a ‘blue and orange’ audio logo. We use a mix of AI and audience panel testing to match the emotional attribution across visual and audio assets precisely.

In a world where audio consumption is growing and smart speaker usage in homes is also on the rise, it’s time for brands to capitalise on the opportunity that VB, Vegemite, Cottee’s and many other brands knew instinctively many years ago. The difference is now, we have the science to back it up.