We're listening to radio for longer during lockdown 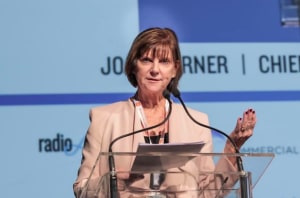 Radio listening is up, despite nation-wide restrictions taking out the sector’s main channel of in-vehicle listening.

The increase in listening comes despite commutes, which have been cancelled as people stay at home, previously being the main way people listen to radio, at 64.2% according to figures released by CRA in January.

“There is no doubt that radio is reaching Australian audiences during the COVID-19 pandemic,” says CRA boss Joan Warner.

“While their place of listening to radio may have changed during this crisis, audiences remain loyal and are seeking out familiar and trusted voices on radio to give them the latest live and local news and provide them with entertainment no matter the time of day.”

Breakfast and drive-time slots are still attracting audiences, with increases of 10 minutes and 12 minutes respectively for the 5.30-9.30am weekday and 4-7pm weekday slots.