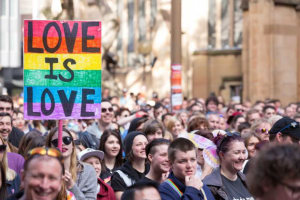 The Advertising Standards Bureau (ASB) is unlikely to consider complaints made about the same-sex marriage plebiscite advertising.

The ASB says it is not possible to make decisions about whether a political or election advertisement breaches the Code without the potential for being seen to be taking a political viewpoint.

However, the ASB will consider ads if they are regarded as “informational or educational” rather than political and they will be determined on a case-by-case basis.

The ad watchdog states that same-sex marriage ad campaigns should respect the community standards that applies to all advertising and avoid discrimination, sexualisation, violence, inappropriate language and appeal to the relevant audience.

Opposition leader Bill Shorten has already addressed the lack of regulation in plebiscite messaging last week in parliament, saying it will open the floodgates to “hurtful filth” being spewed by the parties and supporters of the ‘No’ campaign.

In response, creative agency The Royals started a campaign to rally creative agencies to reject working for parties that support the ‘no’ vote against marriage equality.

The movement has since been called out as “undemocratic” and accused of preventing debate around the issue, however creative partner Nick Cummins defending the campaign, saying it’s no different than opting not to work for big tobacco firms.