Ad industry rallies to ‘say no to no’ on marriage equality 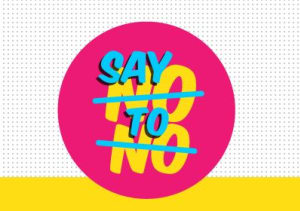 Say no to no

The Royals, which worked on The Marriage Equality campaign, has started a campaign to get other creative agencies to reject working for parties that support the ‘no’ vote against marriage equality.

The aim of 'Say No to No' is to “urge the advertising industry to say no to creating ads for the 'No' campaigners in a postal vote on marriage equality”.

Supporters so far come from agencies including Y&R, Ogilvy, TKT, Special Group, Clemenger BBDO, and beyond.

It kicked off this morning (10 August) and as of this afternoon more than 70 individuals have signed the pledge not to work on the ‘No’ campaign. (Update 11 August - there are now 350 names on the list.)

Nick Cummins,  creative partner at The Royals, says: “Imagine if every agency, production company, sound designer or illustrator said No to working on these harmful ads. Imagine then our friends in media also standing up and saying No to the No campaign. And brands also joining in to pledge that no harmful ads will appear on their sites or channels.

“Yes, the No campaigners will find a way to make their hurtful divisive messages. But we can make it difficult for them.”

Earlier this year The Royals worked on The Equality Campaign, calling on politicians to “do their job” towards marriage equality campaign.

It featured members of the LGBTI community who dedicate themselves to supporting society, an Australian navy veteran, a nurse, a doctor, a fire-fighter and a lifesaver.

The campaign uses the tag line: “We can hold a life in our hands but we can’t ask for our partner’s hand.”

Read Nick Cummins view on it here 'Plebiscite on marriage equality will cause harmful messages: Say no to no.'