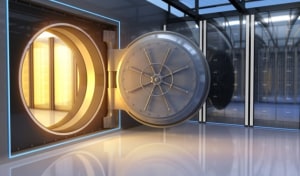 Seven West Media CEO James Warburton has gained breathing space, by pushing out the maturity date on the company's debt so he can implement his content-led strategy over the next 18 months.

The company has amended its $750 million banking facilities with its existing lender group, extending the term to the second half of 2022 from 2021.

The deal gives Seven West $250 million in available liquidity and flexibility to "operate through this difficult trading period".

But this comes at a cost. The company says the amended facilities are secured via a deed and come at an increased cost (margin of 4.5%), plus upfront fees.

At the last tarded share price, $0.092, the market capitalisation of Seven West Media is $141.5 million.

“We would like to thank our lenders for working with us to amend our facilities, for their continued confidence in our business and transformation strategy and for providing us funding certainty to enable us to implement that strategy over the next 18 months," says Warburton.

Warburton says the company is reducing its debt with a number of significant asset sales currently underway.

Seven West has had $150 million in asset sales to date, including Perth property and Pacific magazines.

In an investor presentation last month by the Seven Group, the 40% owner of Seven West, CEO Ryan Stokes said the cost out program for the media group is targeting $90 million by June 30 and another $110 million in the 2021 financial year.

Today Seven West says it has $170 million in permanent cost cuts, with the majority of benefits in the 2020 and 2021 financial years across both television and newspapers.

The company's headcount is the lowest since 2003. Seven West didn't give a number for employees.

The savings include renegotiation of the AFL broadcast rights deal, saving $128 million over five years.

“We are working tirelessly to transform both our television and newspaper businesses," says Warburton.

"While we are focused on achieving the lowest possible cost-base, our energy has been directed to driving audience and winning the content battle in both television and newspapers to deliver ratings, revenue and cash flow.

“Our content led growth strategy has come to life with the success of Big Brother, combined with the strength of the AFL and our programming spine throughout the day."

Seven West is due to announce full year results on August 25.