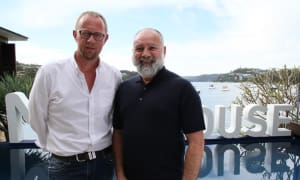 Havas Media CEO Mike Wilson has predicted an upswing for out of home media investment in 2017.

Speaking at MCN’s Homefronts, Wilson also said Professor Mark Ritson’s nuanced analysis of social media and the “nonsense talked by some media agencies and clients” about its efficacy had hit home.

“I love what Ritson has been saying,” said Wilson. ”There are some fundamentals that haven’t changed at all. You have to ensure whatever your investment combination, it is delivering optimum results.”

However, Wilson was unconvinced Ritsongate would result in reallocation of channel spend.

“There will certainly be shifts [in spend], but on the basis of empirical evidence of what works,” said Wilson.

But, Wilson backed one channel to gain more than most.

“Out of home is going to take a big leap forward next year with the move to greater digitisation and greater degree of stock,” he said.

Meanwhile, in the face of concerted pressure from new market entrants, Wilson suggested that the only TV companies to maintain share of spend would be those with “the best tech, data and talent”.