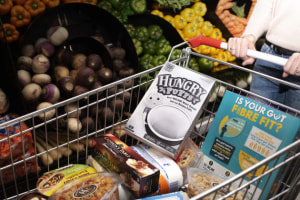 The Living Seawall uses tiles made from concrete reinforced with 100% recycled plastic fibre to mimic the root structure of mangrove trees that were once prolific along Sydney Harbour.

Foodbank WA worked with The Brand Agency Perth to release a campaign last Christmas to shine a light on the issues surrounding hungry children all over Western Australia (WA).

Earlier this month, Foodbank announced it would be running the campaign again this Christmas across all 200 IGA stores in WA following its success last year. It has won a number of awards already including a string of gold at ADFEST and a Yellow Pencil at D&AD.

Naked Communications also took home a Bronze Lion in the category for its Sans Forgetica font for RMIT University. The special typeface has also been shortlisted in the upcoming Innovation Lions shortlist.

The Design category saw 1,469 entries from 65 countries with 47 Lions awarded.