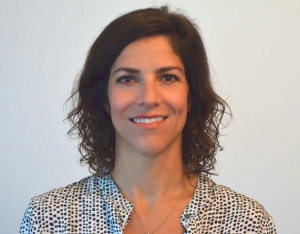 1. Data: Silence is Golden
Between GDPR, Cambridge Analytica, the general tech backlash and a heightened awareness around mental health issues connected to too much screen time, we will see the media and creative industry doing work that does more with less. I think we will see smart, clever work that generates impact by finding the right note, the right volume and the right medium, instead of an all-out assault.

2. Environmental Consciousness: It’s the Last Straw
With Greta Thunberg’s Fridays for Future snowballing into a global movement and Extinction Rebellion becoming a household name in 2018-2019, I think we will see more work ‘walking the walk’ rather than ‘doing the talk’. Brands will have to act on issues of environmental sustainability by investing in a circular economy, products and services that reduce the strain on the planet and the environment. I expect there will be much discussion on earning the trust and loyalty of customers who are beginning to make decisions based on more than just price and product benefit but on the impact a company and its products have on the planet.

3. Reality and Synthetic Reality Blur
The discussion around when Artificial Intelligence will win the first Cannes Lion has been building momentum but a new development has become a late contender for our attention - the real and the synthetic are becoming increasingly indistinguishable.

Recently, advances in GAN (Generative Adversarial Network) technology, coupled with quantum computing and artificial intelligence has enabled content creators to render the perfect image of a Mum (#RealMums by Dove) to find a balance between stereotypical images and images that actually will encourage not pressure women. We’ve also seen synthetic influencers like Lil Miquela, rise to fame on Instagram through her unique style and activism. Miquela has made her way into fashion magazines and is a musician/songwriter whose first single was released in 2018.

Miquela follows in the footsteps of Hatsune Miku, a patented “singing voice synthesiser” created by Japanese music technology company Crypton Future Media Inc. Miku is a virtual pop idol that performs as a 3D animation in front of huge crowds.

These developments beg the question, how much of our future will exist in reality and what does this mean for brands and brand spending across the next few years? Likely a big topic at this year’s festival.

4. Brands will believe in something, even if it means sacrificing everything
This is not only one of the easiest bits of copy to recall from the year but a message many brands will be taking close note of.
It is becoming of increased importance for brands to stand for something, authentically and with real relevance – even if it means a large cohort of your customers taking to the streets and burning your products.

According to Edison Trends, a digital commerce research company: “Nike sales grew 31% from Sunday through Tuesday over Labor Day this year, besting 2017’s comparative 17% increase.” – its polarising campaign released on the American Holiday was a huge success.

According to Edelman’s 2019 Trust Barometer, “76% of people say CEOs should take the lead on change, rather than waiting for the government to impose it.” Quite shockingly, increasing numbers of consumers are looking to brands to make a change, more so than their own governments. But this tells us a lot. Being authentic and being relevant, even if it means risking everything, will likely be a big talking point this year.

5. Ultra-Segmentation vs. Omnipresent
This year brands such as Skittles ‘Skittles Commercial: The Broadway Musical’ and Xbox ‘Football Decoded’ used ultra-precise strategy to out-smart the competition and get their voices heard despite not being official sponsors of big sporting matches as the Superbowl and FIFA.

A few years back it was a mad rush for brands to grasp every new platform and be always on, to appeal to broad audiences in any place they could be found. As media channels have become more crowded, it has become necessary for brands to localise who they are speaking to. We expect to see conversations around brands making an impact by ‘picking their battles’ and being local not global.

6. 50 Shades of Green
This year, Cannes will be greener. Substantially greener. Not only the work, but the festival in general. In 2018, several key figures highlighted that fact that as an industry our consumption and waste is huge. How can we be making green campaigns for brands when everything that has made them has come from an unsustainable source.

Brands are hyper aware that there is nowhere to hide in this connected world and those with authentic belief in sustainable living and protecting the environment will be looking to us to innovate our processes as well as theirs.

I expect that we’ll not only see environmental consciousness threading through the winning work this year but also how we innovate our own practices, how we can make our workflows greener at every stage of the supply chain.