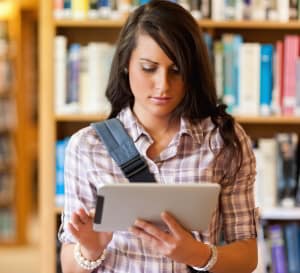 Video content accessed via tablets is likely to be viewed in its entirety, versus video watched on mobile according to TubeMogul.

Australian users are more likely to engage with video content until the end if they are using an Android-powered tablet said the programmatic company.

The research report found that 83% of standard pre-roll video advertisements were viewed by consumers to completion, compared to 46% for the iPad, while Blackberry-powered tablets registered completion rates of 61%.

In the mobile phone category, Windows devices achieved standard pre-roll video ad completion rates of 56%, compared to 48% for iPhones, and 38% for Android phones.

TubeMogul also revealed that more than one third of mobile video ads served by the company in Australia are now running on tablet devices.

The research was carried out over a three-month period, from April 1 to June 30 of this year.

TubeMogul VP Research Taylor Schreiner said: “We found it interesting that the choice of tablet device plays a huge factor in completion rates and varies from country-to-country.”

Android comes out top in Australia, while Apple tablet devices performed best in the UK and Blackberry devices led the US market.

“Overall, our research demonstrates that tablet devices are becoming an important force in mobile programmatic advertising,” she added.