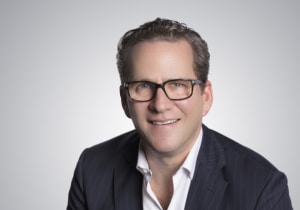 Val Morgan Group CEO Dan Hill has labeled its digital publishing deal with international entertainment fan site Fandom as the "logical next step" in the expansion of the business.

Fandom is a website focused on pop culture across movies, gaming and entertainment, started by Wikipedia co-founder Jimmy Wales.

"When you look at screen strategy it's made up primarily of television, cinema and premium online video - roughly in the order," Hill told AdNews.

"We wanted to extend our ability to walk into agencies and provide them opportunities different to the rest of the market, not just spots and dots."

Hill says the business had been exploring its options in the digital publishing market for quite sometime before it landed on Fandom, which currently has more than 2.1 million monthly users through Australia and New Zealand.

For Val Morgan, the key thing the business was looking to get out of the deal was not just growth into other sectors, but also the opportunity to expand its market presence.

"It became obvious; we have premium video on the big screen and we needed to provide agencies with further reasons to buy, as well as a bigger audience for them to connect with," Hill says.

"Agencies are always going to want more eyeballs and we need to be able to show them we are doing more to secure them."

Hill says the deal has already generated significant interest from agencies, with many seeing the deal as an evolution in cinema advertising that will allow for greater, and more relevant, brand integration.

"We saw the Fandom business and that they had already gone and done what we were trying to do," he says.

"I then walked into a lot of head offices and spoke to agency leaders, pitched the idea and within minutes it became something they wanted to be a part of, so we knew we couldn't ignore the possibilities the deal could afford us.

"The significant opportunity for advertisers in this deal boils down to being able to extend brand reach across cinema audiences and across audiences that we don't have but soon will."

Both Val Morgan and Fandom will leverage each other's assets to secure primarily branded content deals, which, in Val Morgan's case, will be shown across cinema screens, something Hill says marketers have never had the chance to do before.

While internationally the Fandom business engages with brands on a mass sector scale, Australia and New Zealand's markets are still relatively small and are mainly focused on TV, film and gaming.

Hill adds that these will remain the primary sectors initially, but has every intention of extending this offering to brands across multiple industries, especially following the recent financial injection into Fandom by digital media veteran Jon Miller, who was backed by American investment firm TPG.