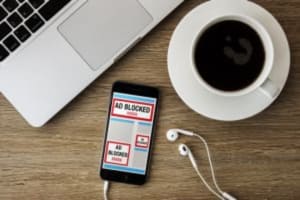 Frucor’s V Energy brand has created an adblocker that instead of displaying ads online allows students to import their study notes.

The concept, called AdNotes, is a continuation of the brand’s ‘improves you a bit' mantra, with this latest push aiming to attract university students in the lucrative 18-25 demographic, who also happen to be high users of adblockers.

V Energy's marketing manager, Craig Harkness, told AdNews that the idea came about after the company won more university business, but rather than setting up a tent on various campuses and giving out free cans, the brand wanted to do something different.
“We were suddenly needing to talk to students on campus and this was an innovative way of doing it,” he says.

V AdNotes is a Google extension that allows students to input their notes, diagrams, graphs or pictures into colour-coded subject blocks. Students can turn their subjects on and off depending on what they are studying and preview each study note in the major display ad units on websites. Once complete, students will be subliminally studying every time they go on the internet.

The extension was specifically designed for desktops, because when students were polled they said laptops and desktops were mostly used for studying, with mobiles and tablets being used more for entertainment purposes.

Harkness explained there are no real metrics or KPI’s around this campaign, rather it’s a “test and learn” project from the business that is aiming to raise awareness among students in Australia.

“I think this will take off with students,” he says. “It’s really innovative and it’s never been done before - it’s an idea that really jumped out at us and demonstrates our brand promise around improving you just a little bit - this will improve your studying a little bit.”

Adblocking is a global issue that both advertisers and brands are grappling with. In Australia alone the problem is said to costing the industry some $4 billion, however for V this concept is about creating something that is relevant to its target market and aiming to do it in both an innovative and interesting way.

“We’ve all read the stats about things that are fighting for peoples attention daily, so we needed to think of cleaver ways of talking to students, fun ways and utility based ways to reach people.”

“I don’t envision this will be the thing that brings the advertising industry to its knees,” he added.

“We could do some advertising ourselves, but the two seem to work against each other - advertising an adblocker, so we think the organic approach is better one to do.”