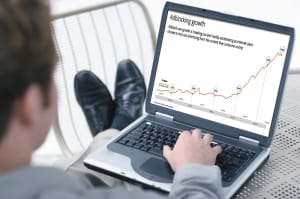 This is bleak. The number of Australians online who are intentionally blocking ads in their web browsers has surpassed user numbers of some of the top social media sites in Australia.

Without sounding alarmist, adblocking is a big hairy problem for a sustained digital ad boom, now worth about $4 billion in Australia. It’s certainly as big and perhaps even more threatening than the raging debates around online ad viewability and ad fraud. Why? Because this is consumer behaviour thumbing its nose at the advertising industry which is supposed to sell products and underwrite a massive part of the media industry’s business model.

More than 150 million people globally now have adblocking code embedded in their web browsers – most of them Google Chromers – up from 54 million two years ago. And that figure, courtesy of Adobe and PageFair, is nearly a year old.
At best this is a $4 billion challenge for the advertising-funded digital media sector in Australia – publishers, TV networks and social media aggregators like Facebook and Google.

At its worst it could further destabilise the broader $12 billion advertising sector as large swathes of people actively choose to install code which blocks nearly all ads except sometimes static banners (adblockers prevent ads being served by publishers and reconfigure each page as an ad-free layout, no matter the publisher or website).

PageFair’s Dublin–based CEO Sean Blanchfield estimates Australian digital publishers could be losing up to $240 million in lost revenue annually based on his updated numbers which show 16.5% of Australian internet users are not seeing ads at all when they’re online.

Unlike ad fraud, bots or trading desks and DSPs, there is no potentially compromising behaviour going on here in any part of the advertising and media chain. This is about the punters actively, and so far legally, avoiding what they see as annoying and intrusive online advertising formats. Perhaps most alarming for the booming online video sector is that video ads are among the most hated among millennials. Paid search is also caught up in the adblocker net – they seamlessly erase paid search results and only show organic listings. Google, however, has quietly struck a global multimillion dollar deal for a “white list” which lets its paid results display in the German-based adblocker, AdBlock Plus, which accounts for up to half of all adblockers installed on web browsers globally. But that’s another story. Let’s go back to the basics.

Adblocking has historically been framed as a Euro-centric peculiarity – namely Germany, France and the Nordic countries. But last year Adobe teamed up with PageFair to get a global fix on the trend – PageFair’s founders have their roots in web-based multiplayer gaming sites which typically saw adblockers installed in more than 50% of their user web browsers.

The ensuing report captured headlines from the Financial Times to The Wall Street Journal and everyone in between – the key finding was essentially that adblocking software was being downloaded at breakneck speed, its popularity spreading via word-of-mouth and among millennials – the hot, young demographic that many advertisers, publishers and media, digital or creative agencies want to align with.

Another key report takeout was that on average, 10-20% of the total online population in any developed market had adblocking software installed on desktop and the base was growing fast. The software is also making its way to mobile devices. Adblockers could hit 50% in some categories like gaming but the numbers were equally disconcerting among men, millennials and the tech industry.

The adblocking debate heated up in the US, UK and across Europe earlier this year, but in Australia, it was strangely silent.
When AdNews started making inquiries about the adblocking challenge, every publisher, without fail, was either not aware of adblocking or did not believe it was an issue. From Google and Nine Entertainment Co’s Mi9 to Mamamia and global retargeting and performance advertising outfit AdRoll, all said nothing was blipping on their radar. Adobe in Australia was equally unable to shed any light. The IAB also came back after discussions with its membership base to say it was a “non- issue”. IAB CEO Alice Manners said, however, it might be a future issue. The IAB in the US raised adblockers as a major issue at its conference in February.

Tucked away in the Adobe-PageFair report was one enlightening statistic: 18.4% of Australians had adblockers installed, ahead of the UK on 14.5% and just behind Canada on 19.6%.

PageFair’s Sean Blanchfield says the market blindness is understandable. Publishers cannot detect adblockers unless they know they need to look and what to look for. But there is, he says, one crude test (other than using PageFair) which should set off alarm bells.

“Usually it comes down to declining publisher revenues,” he says. “You will see a gap between the number of ads being served and the number of pages being served. That’s where publishers begin to cotton on. There will be a discrepancy and 20% is too high. At that level you can’t brush it under the table. Everyone measures differently but you can’t ignore a discrepancy of 20%.”

Blanchfield says adblockers are already putting gaming and technology sites under enormous strain to remain commercially viable. And that, he says, will only spread to other “verticals and publishers”.

There’s a lot more to come.

A version of this story originally appeared in the latest issue of AdNews Magazine (12 June). Want more? Subscribe to AdNews in Print, or get it on iPad.