Under the hood of SMI data 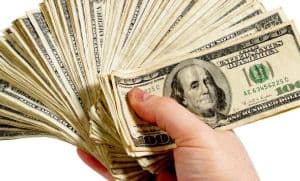 The news that IPG Mediabrands was pulling out of Standard Media Index (SMI), globally came as a surprise last week. Followed by this week's news that there has been a decline in ad spend for the first time in 22 months in the first monthly data without IPG's spend included, it doesn't paint a particularly rosy picture for the data company.

The exit of IPG Mediabrands has been raising questions around both the reason for the departure, and the impact on the numbers and the picture it provides. SMI managing director and co-founder Jane Schulze is adamant that the exit from SMI doesn't impact the quality of the data it offers but the industry has some valid questions.

The decline in ad spend revealed for March 2016 shows a declining ad market thanks to what SMI is calling “a perfect storm” of factors; lack of events and the timing of Easter. It should be noted that the IPG figures have been taken out from last year's data too to adjust and so the dip can't be accounted for by the removal of IPG's data.

According Schulze, and some of the agencies AdNews spoke to which remain a part of the service, it's something they frankly wouldn’t be able to so themselves.

“Without this detail,” Schulze tells AdNews, “Our global agency partners would have no monthly detail on how ad demand is chaining/moving by media across these countries. We've armed them with the data they need to do an even better job for their clients.”

IPG has made the call that it can get by without the data and insight it was getting from SMI, but it's the only one to do so, so far. WPP is the other omission from the global data - while it so far remains committed to SMI in Australia has yet to sign on globally.

Peter Horgan, OMD CEO said last week: “We still find it valuable for trending the market,and so will analysts. It's the best tool they have, and the best tool we have [to do that]. [Pulling out] doesn't make sense to me as it costs nothing and you get insights out of it. It means IPG now don't have visibility of the market,” he added.

However, behind those headlines, there is more to SMI than the monthly ad spend figures.

So what does SMI do?

SMI is an Australian company started by Schulze, a former media and marketing journalist and editor of The Australian's Media section, in 2009. It's now a global data centre that collects and collates ad spend data in more than 20 countries.

What agencies use the data for varies, but broadly it allows them to have oversight of ad spend trends across global markets. Some take a more analytical approach to interpreting the data than others.

It's possible for agencies to do the calculations and estimate pricing across the numbers – with some suggesting that transparency might also play a role in IPG's decision to opt out.

SMI manages a huge volume of ad spend data and has invested more than $6m to build its software platform, which “streamlines and harmonises” data from multiple data sets. There is a vast depth of data collection, mining and management that makes it possible.

SMI gets it s data from media agencies globally, and pays a sum for that data. In return the agencies then get back a “data cube” through which they can access the clean data on bespoke “grid based analytical software tools”.

SMI supports more than 100 databases globally, from which it gathers data on ever media transaction made by agencies. It then has a team of data crunchers which manually categories and “maps” the data. For instance, within one agency more than 10 different codes may be used for booking ad space across the google Display Network (GDN). This means that an agency would struggle to look at its internal systems to be able to fund a figure for the total spend across GDN. SMI attributes the same identifying code to all those bookings to give a figure. Schulz claims that it could take an agency days to respond to a client query about total ad spend in one channel before SMI came along.

It has more than 100,000 codes for different media globally. For every media vendor it attaches 25 pieces of metadata, so the ad spend data can be analysed by media, media sector, geography, ownership, content genre, buy type and more.

SMI also has to take into account the idiosyncrasies of each market and has “become experts in every kind of media model,” says Schulze. For instance in the UK, cinema ad spend counts as part of the outdoor market, or in France sponsorship is counted as a type of media.

The data also maps 32 product categories, such as retail, automotive, beverages and more, to offer visibility of spend by category type.

SMI operates a 24/7 data operation with resources in Europe, Australia, Asia and the US, which it says allows it to “follow the sun” globally.

Data is published in five countries, Australia, New Zealand, the US and the UK, with Canada the latest to launch. This collates into a global ad spend pool of almost US$77bn in 2015.

Beyond that, SMI collects ad spend data in more than 20 countries across Europe. South America, Asia and India and its database grows by US$4bn each month. In China, it offers the ad spend data in English and in Mandarin.

The complexity of the global ad market should not be underestimated. Australia is relatively simple when compared to the structures elsewhere.

With just three FTA TV networks and all bookings that go through BCC systems - it's far less complex than the US for instance where there are hundreds of cable networks and multiple booking software platforms in use.

SMI takes all these regional differences into account, and plugs the data into one platform.

“The whole reason that we went overseas was the opportunity of scale,” says Schulze.

“Advertising is increasingly becoming more global, but there hasn't been any global data. When we went overseas, we thought it would be more similar to Australia, but when we got there, there was so much more involved. The value exchange wasn’t quite right,” she says.

It's this value exchange which is behind the change in what SMI pays agencies for their data. Dropping it from around 25% to 15%, to account for the additional services, data crunching, and level of global data that is now available.

After expanding to the US, it spent a full year mapping data before it published anything to the market.

“We're happy to provide this data and make the media world more visible,” she says. But, it's no mean feat and so the decision was taken to reduce what it pays agencies for the data in light of the investment SMI makes in cleaning it, and giving it back in an accessible format.

While the agencies get this data back in return for their data and get paid a fee for it – other entities are happy to pay for it, and this is where SMI makes its money. Media owners are the obvious interested parties but in the US it's the big financial institutions and pension funds. Because there are more media companies listed on the New York Stock Exchange, information about the health and trends in the media advertising market are hugely valuable to analysts and investors. And, Schulze claims there is no other data that offers an accurate monthly picture."

For media owners, the value of SMI's data can vary and their support of it can fluctuate. For instance, Channel Nine, which in the recent past has not been on board with SMI, has recently changed its point of view and has now subscribed.

Under former chief revenue officer Peter Wiltshire, who exited last month, it was known that Channel Nine's perspective was that SMI didn't show it the picture of the market that it held valuable.

Why did IPG exit?

There are a few trains of thought on why IPG Mediabrands defected from SMI. One rumour doing the rounds is that senior leadership team, lead by global CEO Henry Tajer, had a disagreement with SMI over something and retaliated by exiting from the data.

One theory is that the change in payment from 25% to 15% was the reason. Another speculation is that IPG is building its own data benchmarking platform, that means it no longer needs SMI. While the global group is building a comprehensive tech stack and upping its data crunching capabilities, it has batted away that suggestion, for now.

It also reflects the rhetoric around the growing role that non-paid media (owned,earned and shared) plays. It's not so much that paid-media is becoming less important, just that it isn't the only thing agencies, or advertisers, are interested in.

Schulze is keen to press the fact that all the major groups have re-signed to the service this year, as well as the addition of independents, Nunn Media and Bohemia last year.