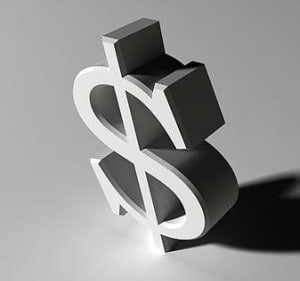 One of the big six global media agencies, IPG Mediabrands, has withdrawn, globally, from taking part in the Standard Media Index (SMI).

SMI, which is the global industry standard for actual ad spend data, sources its data directly from the booking systems of the industry’s largest media agencies. It has global data from more than 20 markets. With IPG now pulling out, all data, including retrospective IPG SMI data, will be removed.

It's understood that a change in the fees that SMI pays agencies for their data could be behind the decision.

More broadly, as owned, earned and shared media channels are becoming a greater proportion of the media ecosystem, with IPG's UM pivoting its entire business model 18 months ago to address owned and earned media first. It's been suggested by some sources that exiting SMI reflects that shift in IPG's strategy.

IPG Mediabrands Australia CEO Danny Bass declined to comment further on the decision. It’s understood that the global decision to pull put of the monthly data reflects holding company's perspective of the value it offers its agencies.

The case beyond paid media has been mounting. A year ago at the AdNews Media Summit agency bosses including IPG Mediabrands' Initiative CEO Lee Leggett said: “Brands are increasingly built on experiences – built on what they do not what they say,” she said. “And, paid media is the amplification of what a brand does, not what it says.”

All data fed in by agencies is exclusive to SMI, with the company making it available directly to advertisers “that are keen for accurate data” to better understand how their digital plans compare to that of their competitive set.

In October last year it revealed that it was now possible to uncover insights about major advertiser categories’ behaviour with previously unseen granularity.

It's not known if any other major networks are mulling a similar move, but an industry source said that the move is “not good” for SMI. SMI managing director Jane Schulze has confirmed that all other major groups have re-signed contracts, and that it also incorporates data from independents including Nunn Media and Bohemia.

Others, such as OMD CEO Peter Horgan have proffered that even without IPG's data, SMI is still a valuable resource with valuable insights.

“It was perfect, but now it's not perfect, but we still find it valuable for trending the market,and so will analysts. It's the best tool they have, and the best tool we have [to do that]. [Pulling out] doesn't make sense to me as it costs nothing and you get insights out of it. It means IPG now don't have visibility of the market,” he added.

According to annual figures from the Standard Media Index, advertising bookings increased by $338.6 million to a record $7.92 billion in 2015. Digital was the fastest growing media with bookings up 20.3% to $1.81bn. While the rocketing figures were positive, and 2016 is off to a good start, if more of the big agencies did decide to pull out of the SMI, the relevance of the metric could wane without big powerhouses.

Up until now SMI accounted for 99% of the agency pool, but has never been able to track advertisers that buy media direct, nor any non-paid media value.There has been speculation that if another agency group were to pull out it would leave a question over the validity of the data and whether it would be representative of the market. With IPG Mediabrands accounting for circa 15% of the market, according to 2015 RECMA data, its exclusion means SMI now dips, If it were to dip lower, it could lose support of other agency groups.

A statement from SMI said: “IPG Mediabrands and SMI said that the timing of the decision to withdraw from the business arrangement related to conversations about the global relationship between the two parties."

Schulze told AdNews: "Our clients rely on SMI to provide ad spend data of advertising demand across the market. It's hugely valuable and our ability to provide insight from what advertisers are spending.

"We've worked hard to add more detail to the SMI data by media and by category, it's the only detailed adspend data avaialable and people reply on it to provide an accurate picture of the market, and that won't change."

Ex-CEO of UM Australia Mat Baxter previously discussed the danger of taking SMI figures as a holistic snapshot of the industry "distorts" the big picture.

He said the existing paid media measurement tools gave an indication of market health but not the full picture, given the amount of money brands are channelling into owned assets.

Speaking to AdNews back in 2014 Baxter said: "SMI has relevance but it is half the picture, the measure of health of paid media only, not a proxy for industry or marketing health. SMI and Nielsen numbers suggest the market is backwards. But the truth is that the market in terms of overall spend has never been more buoyant. So you have to put [paid spend figures] into context and quarantine that against what we are seeing in the overall market.”