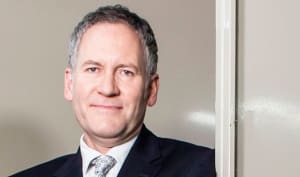 News Corp is understood to have launched a closed review to consolidate traditional and digital media planning and buying duties under one agency, AdNews can reveal.

The review involves MediaCom (News Corp's traditional media partner) and UM (digital partner), with one agency tipped to be given the full account less than two years after it was split.

News Corp has officially played down the speculation saying it has "no plans" to change its agency arrangements. MediaCom and UM have not responded to AdNews requests for comment.

MediaCom took News Corp's traditional media buying and planning duties from UM without pitch last year. The move was announced by News Corp's then marketing director Damian Eales on the same day GroupM and MediaCom went public with the results of its misreporting audit, making it a timely and welcome vote of confidence for the agency. Eales had worked closely with MediaCom and its then CEO Mark Pejic in a previous role at Westpac.

It later transpired that UM, which had held the full account since 2012, had retained the digital side of the business. Pejic later moved to IPG Mediabrands to head up its Melbourne business.

News Corp's CMO Tony Phillips, a key decision-maker in any review, has a long-standing relationship with UM from his time at Coles.

Phillips joined News Corp less than six months ago and recently told AdNews he believes creative and media agencies will consolidate in the future.

His work at Coles and relationship with UM was lauded in 2014 by Henry Tajer, then IPG Mediabrands Australia boss and now global CEO. On LinkedIn, Tajer described Phillips as "simply the best marketer I have had the pleasure of partnering".