MediaCom swipes News Corp from UM without a pitch 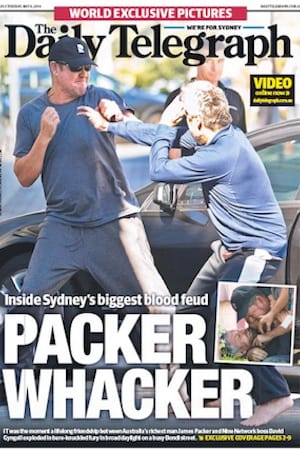 News Corp has handed its media account to MediaCom without a pitch. UM has held the News Limited account since 2012.

News Ltd will join other News Corp brands Foxtel, Fox Sports, REA and Carsguide which are also in the GroupM stable. News Corp's marketing director Damian Eales has worked with MediaCom in two previous roles – as GM of marketing at David Jones and as marketing boss of Westpac.

Eales said: “John Steedman recently approached us with a compelling demonstration of the benefits associated with putting all our business under one account. The deal John and Mark Pejic put on the table with MediaCom offers financial benefits and business synergies that we felt justified the change and made a lengthy pitch process an unnecessary encumbrance on the industry.

“We are excited at the prospect of working with Mark and everyone at MediaCom.”

MediaCom’s chief executive Mark Pejic said: “I am absolutely delighted that News Corp has decided to consolidate its business with GroupM. We welcome the opportunity to work with News Corp Australia’s brands alongside REA and CarsGuide who are already MediaCom clients.”

Scuttlebutt in the market is that Eales is a tough negotiator. Rumour circulated around the Westpac pitch in 2011 that MediaCom, which won the $70 million account, did so on the basis of value bank inventory and price cutting that other agencies couldn’t match, according to BRW article at the time.

The news comes on the day that MediaCom has gone public with the results of its Ernst & Young audit, revealing that as well as the much publicised irregularities on Yum! Brands, IAG and Foxtel, further inaccuracies had been identified on three client accounts, and MediaCom admitted that on four occasions it had breached its own policy on value banks by on-selling bonus inventory to clients.

Eales thanked the company’s former media agency UM, saying: “We have had a very productive relationship with Mat Baxter and the team at UM over the past two and a half years. They’ve done a terrific job on our account, which we are grateful for. We wish them every success in the future.”

Read the full series of articles on the MediaCom audit findings, recommendations and actions below.