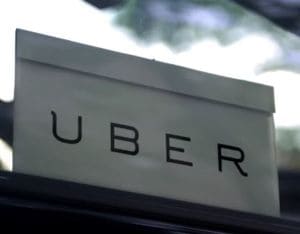 Ride sharing app Uber in the US is showcasing its drivers' stories in order to ensure that a vote by the City Council Transportation Committee, which would see the amount of licence given out reduced, is quashed.

The war between Uber and The New York City Council has been on-going for over a month, but as the date has drawn closer for the vote on the issue, the business has dramatically upped it marketing in order to protest the motion.

Uber has this week taken out a full page take over of The New York Times homepage calling for people to support the business, and it has also run an emotional ad, saying that by cutting the number of licenses people would loose their jobs and also a further 10,000 jobs wouldn't be created.

New York City mayor Bill de Blasio and his office are concerned that Uber's rapid growth has increased congestion in the city and slowed travel times. According to the city's Department of Transportation, the number of for-hire vehicles operating in New York City has increased 63% since 2011. De Blasio has proposed a one-year freeze on new Uber licenses until the traffic impact can be analysed.

With the vote expected to take place today (NYC local time), celebrities with sizable social followings have been tweeting support for the company with Kate Upton and Ashton Kutcher, who's venture capital firm is an investor in the business, along with others, have called on the mayor to continue to allow more Uber drivers on the road.

Uber hasn't escaped controversy in Australia, with confusion surrounding the use of the ride sharing app in several states as to the legality of some of its services, for example UberX.

The app has appointed a media agency locally, with HM Communications picking up the account in June, despite the ongoing regulatory battle in several states.

In other recent marketing recent moves in Australia, Uber worked with top chefs to deliver lunch on demand for charity OzHarvest. With today the service working with ice-cream power house Messina to deliver tubs of ice-cream.

Watch the spot Uber released in the US below and tell us what you think.