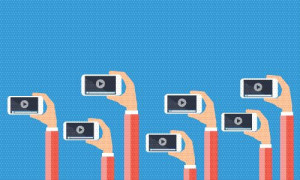 The treasurer Josh Frydenberg directed the Australian Competition and Consumer Commission (ACCC) to conduct the investigations, which were originally recommended by the watchdog in its Digital Platforms Inquiry report last year.

The digital platform services inquiry will look into anti-competitive behaviour, as well as how consumer data is used for advertising. The probe will be conducted over five years, with the first interim report to be handed to the treasurer in September.

A second inquiry will look into the practice of adtech and advertising agencies, covering competition in the market and pricing.

An interim report will be handed down in December, with the final report due August 2021.

The scope of the inquiry:

The ACCC raised concerns over the lack of transparency, and the potential for the misuse of market power within online advertising.

"There is a lack of transparency in the pricing of services used to facilitate automated or programmatic online display advertising, known commonly as adtech services," the ACCC said in its final Digital Platforms Inquiry report.

"This means that both advertisers and websites lack visibility over pricing. They do not know what proportion of advertiser spend goes to adtech services versus how much goes to the purchasing of advertising inventory

"This has led many participants in the display advertising market to question the efficiency of the ad tech supply chain."

Agencies, such as Omnicom Media Group, IPG Mediabrands and WPP’s GroupM initially welcomed the probe when it was first recommended last year.