The federal government's response to the ACCC digital platform inquiry 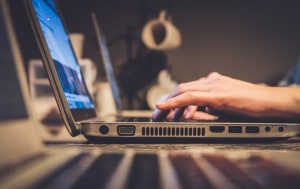 The federal government has released its response to the recommendations of the Australian Competition and Consumer Commission’s (ACCC) Digital Platforms Inquiry.

Google and Facebook will now have to negotiate with publishers on the use of their content or face further regulation. Treasurer Josh Frydenberg: "The government is not ­messing around, we will not hesitate to act.”

The platforms will be governed by voluntary code of conduct covering how revenue is shared, how content is accessed and presented, as well as forewarning publishers about changes to algorithms that determine the ranking of content in search results.

The inquiry by the consumer watchdog was launched following concerns about the market power of major platforms, including Google and Facebook, and their impact on Australian businesses and journalism.

The government accepted the overriding conclusion of the inquiry that there is a need for reform to better protect consumers, improve transparency, recognise power imbalances and ensure that substantial market power is not used to lessen competition in media and advertising services markets.

In addition, the ACCC will start a new inquiry into the digital advertising tech supply chain, focusing on digital display ads.

ACCC Chair Rod Sims says Australia will now be one of the first countries in the world to develop a comprehensive roadmap for broad reforms relating to digital platforms.

“Google and Facebook have grown to have almost unfettered market power with significant impacts on consumers that must be addressed," he says.

The government’s response includes tasking the ACCC to oversee the development of a new code that will address the inherent power imbalance between platforms and media companies in Australia.

The government says its response is a roadmap for a program of work and series of reforms to promote competition, enhance consumer protection and support a sustainable Australian media landscape in the digital age.

The content and advertising rules applying to free-to-air television will mostly likely be applied to digital platforms and to services such as Netflix.

Prime minister Scott Morrison wants Australia to be the world's model for how to deal with digital platforms and social media: "The rules that exist in the real world need to exist in the digital world."

The government commits to:

The government had already announced $27 million over four years for a digital platforms branch within the ACCC.

The branch will monitor and biannually report on digital platforms, take enforcement action as necessary, and conduct inquiries.