TV the fasting growing screen for YouTube in Australia 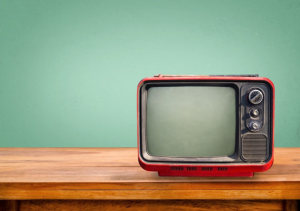 The video-sharing platform, owned by Google, released new data at its YouTube Festival event in Sydney tonight claiming a 45% growth in watchtime on TV screens year-on-year.

YouTube also says, based on Nielsen and OzTam data, watchtime on TV screens alone was double all BVOD players across all devices combined. YouTube wouldn’t release the watchtime figures for TV screens.

Mel Silva, Google Australia MD, says 75% of watchtime happens outside of the 6-9pm time slot, which is traditionally seen as primetime.

“YouTube is uniquely positioned to deliver to personal primetime, because over 70% of Aussies agree that YouTube has the most diverse content library in the world. It’s this diversity of content that makes YouTube the number one reaching video platform in Australia, every single month.”

To leverage the growth it's seeing in TV screens, YouTube is rolling out its most prominent ad unit, the YouTube masthead, to TV units.

Silva says that even with the migration to TV, the reasons people are drawn to YouTube remain the same.

“Our research suggests that the production quality is not as important as relating to a person’s passion and curiosity, which I think is fascinating,” Silva told AdNews.

“However that said, some of the channels that are really picking up now, such as Youngbloods, have production quality that is second to none.

“It’s beautifully shot and it’s a real sign of how technology is catching up with the ability of people to broadcast anywhere. So I don’t think production quality is going to be a flaw anymore.”