Australians watch 25 hours and 40 mins of video each month 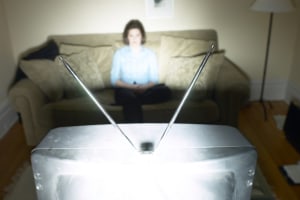 Advertising expenditure on online video rose 26.2% to $1.4 billion or 8% of the total ad market in Australia last year, according to calculations by Zenith, part of Publicis Media.

Spend is forecast to grow at 24% each year to nearly $3.2 billion in 2022. Connected television  (CTV) will be key to this growth, with 23% of video inventory being sold by content publishers viewed through a CTV.

In Australia, more people across all demographics are consuming video, on average of about 25 hours and 40 minutes a month.

However, he says what’s more significant is the increased uptake from Australians aged 65+, which has grown 18% since last year, demonstrating that video consumption is healthy across all demographics.

“The majority of Australians across all demographics prefer watching short-form video on mobile, which resonates strongly among younger audiences aged 18-24 and 25-34," he says.

"YouTube is a prime example where 76% most of its viewing time occurs on smartphones and tablets.

"Conversely, for longer-form content the TV screen is still essential, with 8.1 million Australians accessing internet content via a TV screen, and half of connected TV (CTV) viewers mostly or always watch with someone else . As a result, CTV remains a big focus and point of differentiation for publishers and content creators.”

Research from Roy Morgan reveals that almost 14 million Australians aged 14+ have subscribed to a paid service, up 7.9% from last year.

Cross-device usage and on-demand consumption have been prominent drivers of online video growth, but Lee says with increased content sources and subscription services, consumers will base their decision-making around content quality, competitive pricing and value.

“With the imminent arrival of Disney+ and Apple TV+, there’s been much market speculation around their potential impact on Netflix and Stan’s user base, which until now have shown year-on-year growth of 17.6% and 43.2% respectively," Lee says.

"So we’re seeing a continued positive trend and opportunity for advertisers seeking out premium environments to reach their audience and align their brand with,” Lee says.

Another key driver of video ad spend will come from an improvement in media quality performance.

Lee says video ads remain the most viewable format across devices, reaching an overall 73.4% viewability on desktops and 63.9% on the mobile web, ultimately raising advertiser and buyer confidence.

“In terms of ad formats, publishers and advertisers are showing continued efforts to improve creative resonance on mobile," Lee says.

"This is apparent in the proliferation of 6-second ads, vertical ads and stories complemented by short-form creative best practices to capture attention early and deliver longer lasting brand impact.

"While video has traditionally been used for upper funnel and brand awareness, advertisers are also turning to video to drive purchase intent. The concept of brand commerce comes to mind when we consider the popularity of shoppable video ad formats and buy-now, call-to-action overlays."