TV not 'fighting the fear' 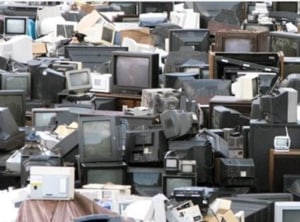 Supply-side platform SpotXChange says it's having to drag TV kicking and screaming into the programmatic TV revolution, with its efforts to lure Australian stations to the party being met with fear.

It has issued a white paper on the issues holding back the programmatic trading of TV. There are a litany of issues surrounding measurement standards for TV inventory.

“I think the lack of harmonised measurement is a huge [issue], holding back putting that inventory alongside the digital, where you have a different ball game,” SpotXchange's Australian managing director, Matt Von der Muhll, told AdNews.

“The simple fact is that digital has a really explicit post-reporting capability, so the way that can be measured is a lot more sophisticated. Then you have TV – which is essentially measured through a panel, which is highly skewed data.

“When you stack those two inventory sets alongside each other, it just looks odd.”

There has, however, been a lack of will to solve the measurement problem, according to Von der Muhll. “I don't there has been enough urgency to solve that.”

“If you look at the way TV has been able to dictate advertising dollars and hold the strings in a big way until now, what it means that they've been able to do big buckets and big deals … it's been a very easy journey and very easy ride for a lot of people.

“Now with the reporting and the technology in place, people's jobs have had to evolve.”

"You've got the traditional guys who fear for their jobs, [who] instead of taking it on and learning about it and what it involves are putting up a brick wall”.

SpotXChange is also talking to TV networks and production companies about solving a well-publicised lack of video inventory in the Australian market by preaching the need for more short-form content.

“SpotXchange aren't producing ourselves, but we're looking for solutions where we can start bringing our publishers together to make sure it's efficient for everyone across multiple platforms.”

This piece first appeared in the 1 May edition of AdNews. Subscribe here or get it on iPad here immediately.