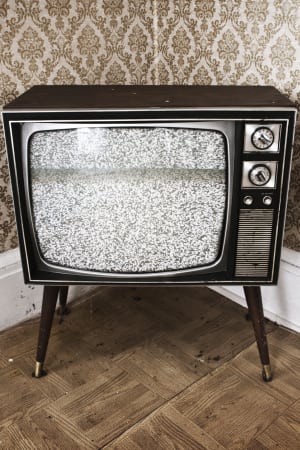 Next year is shaping up as a "tipping point" in negotiation between buyers and TV networks, with sources telling AdNews that networks were pushing aggressively on price to the point where they were being "fantastical and delusional".

At the recent upfront season, networks were keen to tell buyers about integration and second screen opportunities as they broadened out advertising offerings.

The season took place at a time when the overall television advertising spend was trending downward.

The latest Standard Media Index numbers indicated a lower spend on TV toward the end of the year, with the October figures showing a 4.7% drop in metro TV advertising, a 6% slump in subscription TV and a 5% drop in regional TV.

The softer than expected end to the year was also pointed to by SevenWest at its recent annual general meeting, where it said an unexpected drop in advertising would lead to a drop of 10% in profit for the group.

While networks refused to comment directly on speculation that they are seeking to increase their rate cards in response to flagging revenue, they did hint they were chasing more dollars on the basis that they now had more premium inventory to sell and more advertising solutions to offer.

Buyers told AdNews they were seeing networks pushing them especially hard this year.

While networks were unwilling to comment on the record, they did hint that they were chasing more dollars this year as a result of their demonstration that they were able to follow audiences from screen to screen.

"There's a lot more pressure on networks to increase their yield this year, and that's something we're seeing from our perspective," Carat's chief investment officer, Paul Brooks, told AdNews.

"You can't go and increase ads without a rationale behind it, but networks have been hard at work trying to demonstrate that it's not just TV anymore but they have a suite of solutions available."

Other buyers who talked to AdNews on the condition of anonymity said while networks had demonstrated the integration play well, they were "bordering on the delusional" in their push during current negotiations.

"They're chasing yield at a time when audiences are dropping. All I can say to them is good luck," one buyer said, while others backed up the sentiment by saying networks were chasing yield growth in the high single digits.

Sources said networks had told buyers they were struggling on costs, as the cost of production against revenue crept ever higher.

"Yes, they've been trying to increase rates, but it's not been done for a particular reason," Carat's Brooks said.

"The pressure I think has been building over the past three to five years, and we're seeing over the next three years ad spend is going to be fairly flat."

Ten upfront in its intentions