The California-headquartered firm, which was founded by online advertising veterans and computer scientists from Yahoo, DoubleClick, Salesforce.com, and NASA, launched in Sydney in July this year and has been searching for staff with the right background of “performance and programmatic” knowledge.

Speaking to AdNews, Sydney-based MD Australia and New Zealand at Rocket Fuel, JJ Eastwood, said the company has gone from strength to strength running campaigns for a number of clients across the telco, banking, travel and retail sectors.

“The success of any organisation lies not only in the product, but also the calibre of its employees,” Eastwood said.

“There are very few people in Australia with as much extensive direct response and programmatic trading experience as Liz Adeniji and Liz Schaffer. I am thrilled to have them join the Rocket Fuel Australia team.” 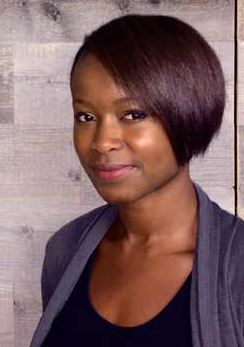 With over a decade of digital media experience, Elizabeth Adeniji brings a mix of knowledge in performance media, data and programmatic trading. Prior to her time at Fairfax, she held a number of senior roles in Australia and in the UK, including Mi9 and Microsoft’s Media Network.

Elizabeth said that whilst Rocket Fuel is ‘starting up’ in Australia, she is convinced it's on the “cusp of becoming the pre-eminent market leaders”.

“I have been very impressed by Rocket Fuel’s technology and the vast opportunities we can now offer Australian marketers. It is incredibly exciting to join such a rapidly growing business like this,“ she said.

Group sales manager Elizabeth Shaffer joins from Cadreon, where she held the position of NSW sales manager. Prior to that she was at Yahoo!7 in Sydney and held a number of roles in the US – including one at MySpace.

“This is a great opportunity to be in at the beginning of something special,” she said. “We know Australia is one of the globe’s most advanced markets for automated trading, and this role puts me right at the front of that race,” she added.

Eastwood said following such strong business growth in the region, a further three members of staff are also being sought, one of which is needed to help launch a sales team in Melbourne.

Eastwood, who has worked at Fairfax Digital, ninemsn and most recently was general manager eBay advertising, Australia and New Zealand, said as staff with programmatic skills and understandings are harder to find. Rocket Fuel's next step will be looking to train up new talent in the complex world of programmatic.

“We have seen some strong growth here so far and after starting with four people we are now aiming to expand to 10 people next year.

“Again, we will be at first looking for more seasoned pros in this space, as it's early days, but the plan is then to begin taking on people that we can train up in this area.”