Trick or treat: What brands are doing this Halloween 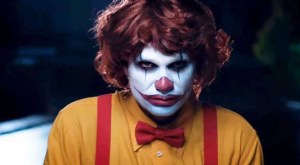 From Woolworths, M&Ms and Burger King to Dior, KFC and Fanta, plenty of brands have been conjuring up some spooky ideas for Halloween.

Out of Australia, brands are just scratching the surface of scare tactics, but in the US lots of marketers are producing mini horror movies in place of their usual 30-second TV spots.

Haven't caught them all? Don't worry we've rounded up this year's efforts.

Snapchat and Netflix teamed up on a first-of-its-kind 'World Lens' - featuring a portal into a new environment - all for the launch of the second season of Stranger Things.

Snapchat also launched a slate of face filters, including one sponsored by Fanta.

In partnership with its agency Colenso BBDO, M&M's New Zealand is pre-haunting boxes of M&Ms in preparation for the Halloween season. The haunting procedure will use time-proven techniques to cram as many ghosts into the candy as possible. It aired as the world’s longest ever live broadcast event, which you can watch via its Facebook page.

Burger King takes aim at arch-rival McDonald’s once again this year with #ScaryClownNight, offering free Whoppers at five US locations to anyone dressed as a clown on Halloween.

ME Bank engaged in an unorthodox scientific experiment, stitching together a Frankenstein card.

Bacardi in the US takes a unique view of Halloween this year with the “Dress to Be Free” campaign, celebrating those who dress up to be themselves every day and those who liberate themselves through costume.

Wieden + Kennedy New York’s latest Duracell spot has a real Shining vibe, as the brand asks: 'So you need the most trusted battery this Halloween?'

Halloween is big time of year for cosmetic brands. Dior and model Bella Hadid teamed up for a Halloween-inspired campaign that highlights several scary make-up looks.