NGEN Halloween Party brought back from the dead 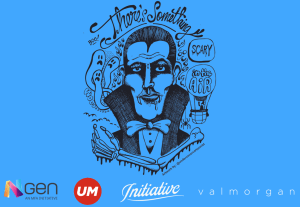 One of the industry's most anticipated events, the annual Sydney NGEN Halloween party, has been saved from the gallows by last minute contributions from media agencies Initiative and UM and cinema advertising giant Val Morgan.

The annual party is usually supported by media owners, but this year the call for sponsors went unanswered.

NGEN emailed its 2,000 Sydney members in late September to announce the death of its Halloween party.

However, an internal presentation by a couple of NGENers within Mediabrands struck a chord with agency leadership. A few phone calls later and the Mediabrands agencies teamed up with Val Morgan to raise the required funds for the dress up shindig.

“Excited is an understatement - we are absolutely over the moon to have Initiative, UM and Val Morgan come in and collectively save the NGEN Halloween party,” NGEN head Kathleen Beddoes said.

“This year was a tough year sponsorship-wise and it was very disappointing to have to cancel the party and let the NGEN community down, but it’s come full circle and we are excited to be planning a party in two weeks. A huge thank you to Initiative, UM and Val Morgan for their support.”

Initiative Australia CEO Melissa Fein added: “When NGEN sent the note to its members to say the Halloween Party was cancelled, the Sydney Initiative NGENers immediately decided something should be done. I am very proud of their creativity and determination to bring the event back from the dead, so to speak.”

The NGEN Halloween Party will take place The Lair in Sydney’s Metro Theatre on Thursday, 26 October.