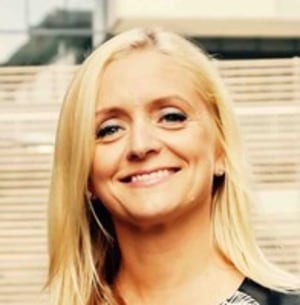 Myer executive GM of marketing and customer Louise Pearson is one of the 30 executives forced to exit the ailing department store in its most recent wave of redundancies.

Pearson, who had held leadership and executive positions with Myer for more than 10 years, stepped into the GM role in March earlier this year following the exit of former Virgin Australia marketer Mike Scott.

A spokesperson for Myer confirmed that Pearson was among the 30 employees made redundant last week.

The redundancies follow a poor financial year for the department store chain, which has been hit by countless sales and revenue declines.

"We have to place the customer first, in every decision we make and every action we take," a Myer spokesperson said.

"From doing a thorough review of the support office, we have identified opportunities to align more closely with our customers, with streamlined roles, clearer accountabilities and improved efficiency.

"As a result of this, a layer of executive and management roles will be leaving the business to align our structure more closely with our customers."

This is the second recent blow to the department store's marketing strategy.

Last month it was announced that long-time ambassador and 'face' of Myer for 12 years, Jennifer Hawkins, would not be renewing her contract, effectively ending the relationship with the company.

“After 12 years it’s time to move onto a new chapter in my life. I’ll be finishing up my role with Myer this November but I would like to take this moment to thank everyone at Myer — the staff, the amazing designers, the suppliers and everyone else for working alongside me over those 12 years," Hawkins said in an Instagram post last month.

In May, Myer recorded a 49.4% increase in online sales across the quarter as part of its Q3 FY2018 financial report, signifying a move to a more digitally focused business.

However, the positive online numbers came amidst falling total sales numbers for the quarter, with Myer announcing a 2.7% drop in total sales down to $635.3 million.

The company has also seen a rotating roster of CEOs and directors, with former deputy CEO and chief marketing and merchandising officer, Daniel Bracken departing in January and its most recent CEO Richard Umbers being forced out only months later.