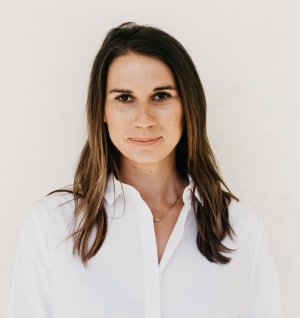 In a move to empower women and start a conversation about women's health, 'tooshies by TOM' has for the first time adopted an above the line advertising campaign, featuring images of mothers breastfeeding.

Speaking to AdNews, TOM Organic (a feminine care brand and owner of tooshies by TOM) founder Aimee Marks said while the campaign could be considered a risk, she felt the brand has a strong message to spread.

“TOM Organic has traditionally grown through word-of-mouth and the power of community, so we've stayed away from traditional advertising,” Marks said.

“We launched this campaign because we felt we have a really compelling and unique message to take to the market and a reason to do it on a big scale in a way that’s different to the way other businesses would typically use the outdoor space.”

'The Future is X' campaign for sustainable baby brand 'tooshies by TOM' was produced by creative agency Willow and Blake and shot by photographers Amelia Fullerton and Bobby Clark. It aims to let Australian mums, who are increasingly looking for planet-friendly options, know 'tooshies by TOM' is available while also celebrating all types of mums, including those that breastfeed.

Instead of the models typically seen on billboards, the campaign features real, untouched images of mothers breastfeeding their newborns.

Marks said the first proposal for the campaign wasn't bold enough and her team wanted something to disrupt what is typically seen on billboards.

“One of our core values is having real conversations around real women's issues. This campaign is a reflection of us being brave enough to stand by that.” 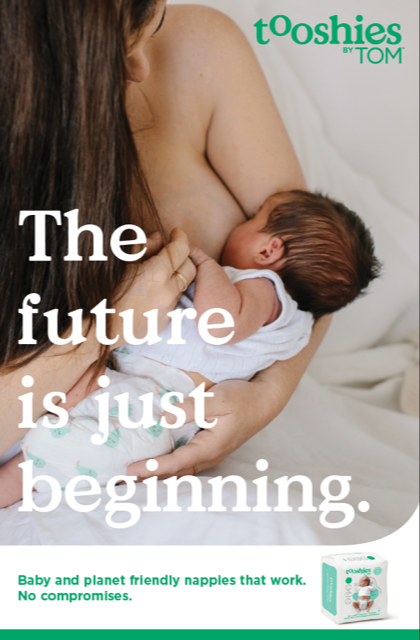 'The Future is X' campaign

Marks said it was inspired by the authenticity of Apple's outdoor ads that features selfies of iPhone users, opting to feature images of unstaged, intimate moments between mothers breastfeeding their newborns.

“It's raw, it's real and it's capturing the beauty of what that means for our brand.”

Marks said producing a bold campaign was the result of it being a female led and run brand, adding that female-empowerment is not an option but simply how they operate.

“Female-empowerment for us is ultimately about choice and choice is contextualised to us in the context of our products,” Marks said.

'The Future is X' campaign

“We hope for women to think differently about the way they consume and live their life in a very mindful way and therefore empower them. We're not just a product business, we're a vehicle for creating empowerment and awareness in these categories.”

Marks expected some backlash with Dove previously criticised for its own breastfeeding campaign, but she's been surprised by the positive response it's received from women.

“The amount of women writing in and sending photos is unimaginable. They are so excited when they find a billboard in their area and take selfies with it. We've been completely overwhelmed,” Marks said.

“It really shows that women are relating to the brand and really seeing it as their brand.”