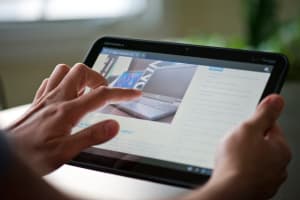 For the first time, the IAB and Nielsen have confirmed that 18+ Australians are spending more time on tablets than PC in its Mobile Ratings Report for 2015.

While it is no surprise that smartphones are the preferred device for the 18+ internet active populations, it is the first report that has positioned the PC in third place behind the tablet.

The average time per person on a tablet was reported at 25 hours 59 mins, with the PC edging close with 25 hours 25 mins. Though only a marginal difference between the second and third placing platforms, this finding is a reflection of the changes within the industry.

The report shows one of the industries that has best adhered to the digital change is finance, with nearly eight million Australians 18+ using their smartphones for their banking needs.

Video streaming was reported as another industry at the head of the mobile rankings, dominated by YouTube, Netflix and Yahoo7 TV (Plus7). Australians spent two hours consuming video content on a tablet, with American’s interestingly spending double the time.

According to the report, the news and information content rankings for smartphone and tablet use reflect similar rankings to that of desktop, with News.com.au topping the list for the largest unique audience in September 2015.

Manners says the IAB expects to see the news category continue to surge on mobile devices.

Head of Nielsen’s Media Industry Group, Monique Perry, recognises that there are huge opportunities to grow in the mobile field if industries continue to bridge the divides in categories that lead compared to the US.

"Some categories in particular have shown real leadership in providing consumers with a sophisticated yet simple and reliable mobile offering. Categories such as government and finance really lead compared to the US., whereas categories such as news, e-commerce and music will no doubt continue to grow," says Perry.

In November, the IAB has published its first full Nielsen Mobile Ratings Report and with it comes a hope for more confidence in mobile that will lead to more strategic investment from advertisers and publishers. 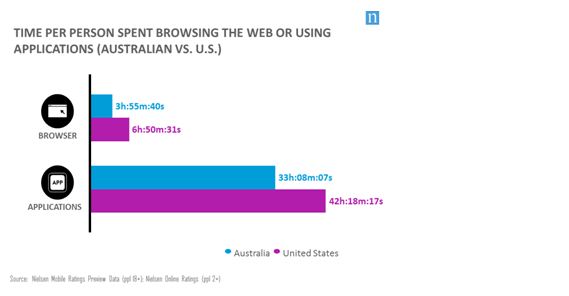